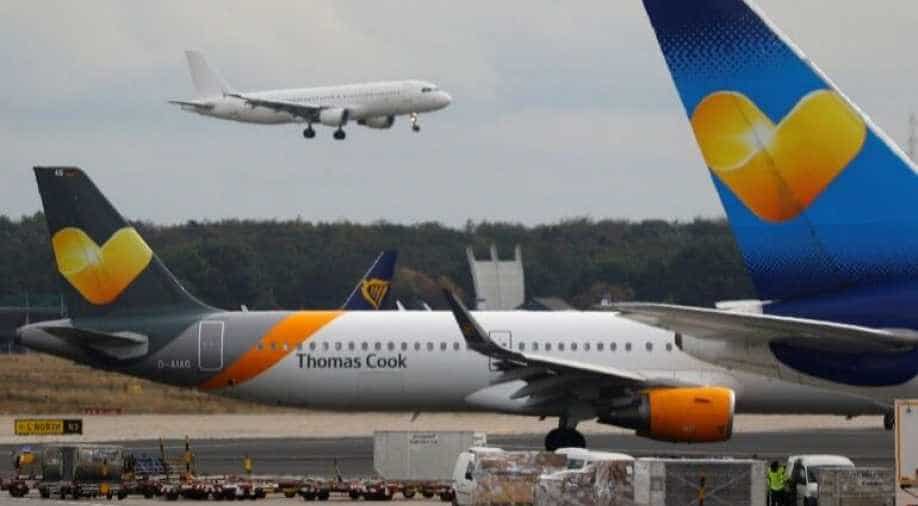 Britain's Thomas Cook, the world's oldest travel firm, collapsed earlier this week, sparking the largest peacetime repatriation effort in British history and a scramble for survival among many of its subsidiaries.

Thomas Cook's German tour business filed for insolvency on Wednesday in a move aimed at separating its brands and operations from its failed parent and said it was in talks with potential new investors.

"Intensive talks over the last two days with strategic and private equity investors have shown us that the German branches of former Thomas Cook with its brands Neckermann Reisen, Oeger Tours, and Bucher Reisen have the chance to have a future," Thomas Cook GmbH said in a statement.

Britain's Thomas Cook, the world's oldest travel firm, collapsed earlier this week, sparking the largest peacetime repatriation effort in British history and a scramble for survival among many of its subsidiaries.

The German government said on Tuesday it would guarantee a 380 million euro ($418 million) bridging loan for the group's German airline, Condor, to keep it flying.

Condor and Thomas Cook GmbH, the second-biggest tour operator in Germany after TUI, are both independent units of the insolvent British parent company.

Condor is also expected to undertake insolvency proceedings under self-administration to avoid being entangled in the winding up of the parent company's financial affairs.

Thomas Cook's Nordic arm, meantime, has said it is looking for new owners, while Polish unit Neckermann Polska said on Wednesday it was insolvent.

Thomas Cook GmbH said it had filed for insolvency in an attempt to restructure the business in an orderly fashion and continue profitable operations. It added that a German court could appoint a liquidator as soon as on Wednesday.

The business, which serves around three million customers a year, said it had been weighed down by the weakness of its British parent and the impact of Brexit on the German business.

But Stefanie Berk, the unit's head, said she was optimistic the business would survive.

"We owe this to our long-standing customers, committed employees and other partners who have supported us so much over the years and in the last difficult weeks," Berk said.

The German regional state of Hesse, which has provided help to Condor, said on Wednesday it stood ready to offer financial assistance to Thomas Cook GmbH and would discuss the matter with the federal government.

Trade union Verdi called for efforts to save the German business and its 2,000 employees, noting that thousands of travel agencies in the country were dependent on its survival.

Thomas Cook Austria, which belongs to the German unit, also filed for insolvency on Wednesday, with the aim of continuing in business.