Syria's Assad says he does not want Turkey as an 'enemy' 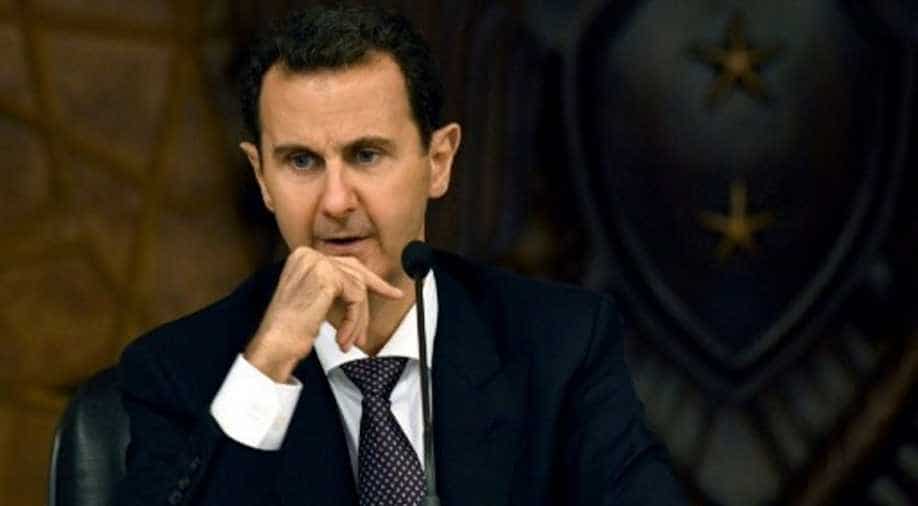 Assad said however that Turkish President Recep Tayyip Erdogan himself was an "enemy" due to policies hostile to Syria and opposed by most of his country's political elite.

Syrian President Bashar al-Assad Thursday said he did not want to make an "enemy" of neighbouring Turkey despite the stand-off between their forces in the north of the country.

Assad said however that Turkish President Recep Tayyip Erdogan himself was an "enemy" due to policies hostile to Syria and opposed by most of his country's political elite.

"We must ensure that we don't turn Turkey into an enemy and here comes the role of friends" such as Russia and Iran, the president said in a pre-recorded interview on state television.

Turkey supports Syrian rebel forces who have battled Assad's government during the eight-year-long war that has killed more than 370,000 people.

This month Ankara launched an operation across Syria's northern border against Kurdish forces.

The Kurds spearheaded a US-backed military campaign against the Islamic State group that deprived the jihadists' of their final slither of Syrian territory in March this year but Ankara views the Kurdish forces as "terrorists".

Abandoned by their ally Washington -- which early this month pulled its own troops back from the border area, effectively allowing Turkey to attack -- the Kurds turned to Damascus which swiftly deployed and reclaimed swathes of territory it lost years ago.

Assad said the deployment is a prelude to reinstating complete central government control over the region in a process he said would be "gradual" and would "respect new realities on the ground."

The agreement calls for the withdrawal of Syrian Kurdish fighters from areas along Turkey's border with Syria, with a view to setting up a "safe zone" where Ankara plans to repatriate some of the 3.6 million Syrian refugees it currently hosts.

Joint Turkish-Russian patrols are due to start in areas near the Syrian border on Friday after the Kremlin said that Syrian Kurdish fighters had withdrawn in accordance with the terms of the deal between Ankara and Moscow.

On Thursday, Assad said the deal is "temporary."

"We have to distinguish between ultimate or strategic goals... and tactical approaches," he said, stressing that his forces will eventually reclaim territory taken by Ankara in its latest offensive.

The situation around the northwestern region of Idlib showed how the regime could bypass Ankara, he said.

Russia and Turkey last year reached a ceasefire deal that was meant to protect the Idlib region of three million people from an all-out regime assault.

As part of the deal, Turkish forces deployed around Idlib in a bid to ensure the withdrawal of jihadist fighters and allied rebels from a de-escalation zone there.

But Assad's opponents did not pull back and last week Syria's president said that winning the Idlib front would be key to winning the war. He noted that his troops had completed preparations for an offensive.

Idlib province is the last major opposition bastion outside the regime's control.