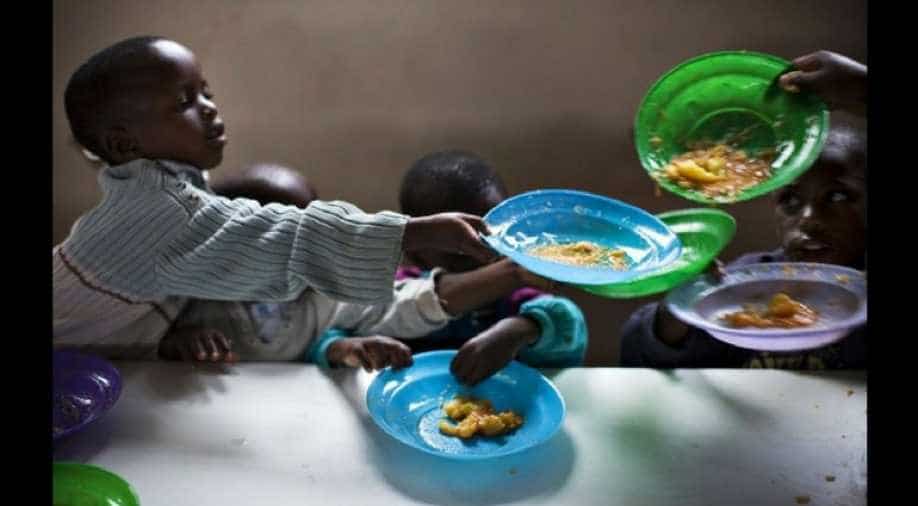 World food prices were up 33.9% year-on-year in June, according to the UN food agency`s price index, which measures a basket of cereals, oilseeds, dairy products, meat and sugar.

Defined as any lack of food that threatens lives, livelihoods or both, acute food insecurity is impacting, or is at high risk of impacting, a record 270 million people this year, the UN agency said.

"We already have conflict, climate and COVID-19 working together. Now food prices have joined the deadly trio," he added.

The WFP said average wheat flour prices in Lebanon have risen 219% year-on-year amid accelerating economic turmoil, while cooking oil prices have soared 440% versus a year ago in war-devastated Syria.

On internationally traded markets, world food prices were up 33.9% year-on-year in June, according to the U.N food agency`s price index, which measures a basket of cereals, oilseeds, dairy products, meat and sugar.

However, they did fall in June versus May, the first such decrease in 12 months.

After declining for several decades, world hunger has been on the rise since 2016.

The WFP, which was awarded the Nobel Peace Prize last year, says around 690 million people or 9 percent of the world`s population go to bed hungry each night.

It is targeting 139 million people for assistance this year, the biggest operation in its history.