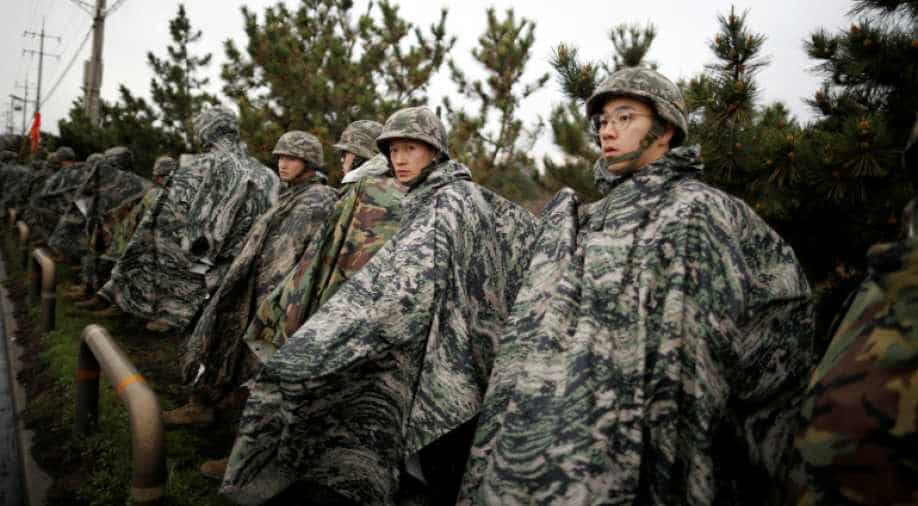 About 500 United States and South Korean marines began military drills last week that were among joint exercises indefinitely suspended in June as Seoul and Washington focused on engaging with North Korea.

The joint two-week drills are "directly against the inter-Korean military agreement that promised to eliminate practical threats of war and fundamental hostile relations from the Korean peninsula," the newspaper said.

A spokesman for South Korea's defense ministry on Monday rejected the North's criticism, saying they are defensive exercises involving small units under the size of a battalion.

But the agreement was short on specifics and negotiations have made little headway.

Last week North Korea called off a planned meeting with US Secretary of State Mike Pompeo in New York "because they weren't ready," US Ambassador to the United Nations Nikki Haley said on Friday.

North Korean media mentioned the cancelled meeting for the first time on Saturday, when the Chosun Sinbo website reported that the talks could still be productive. But it repeated North Korean warnings that the country could restart its nuclear weapons development if the US does not make more concessions.

The biggest combat-readiness war game ever staged in and around Japan also went ahead last week, with the nuclear-powered aircraft carrier USS Ronald Reagan joining Japanese destroyers and a Canadian warship in the ocean off Japan - another key player in the effort to pressure North Korea.

"It's an anachronistic military move to openly hold war drills aimed at others while the United States naval forces residing in Japan are also participating," Rodong Sinmun said.