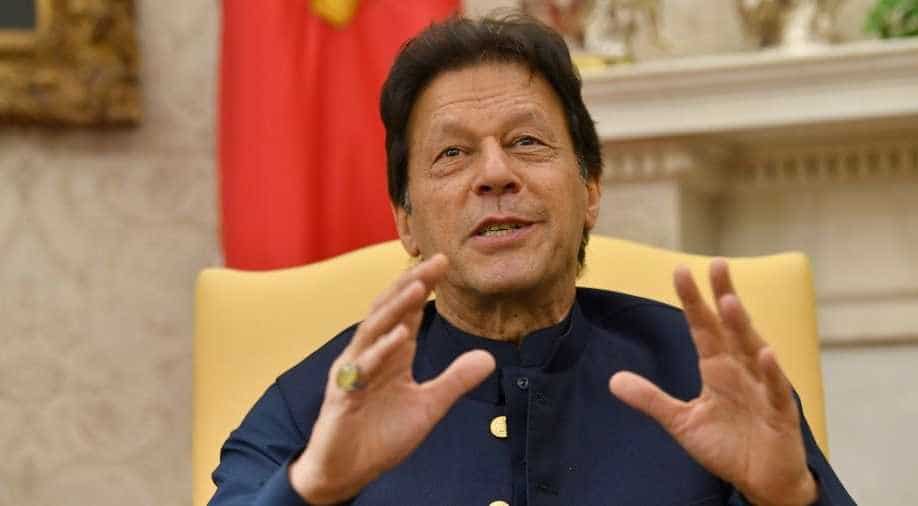 Pakistan has been staring down the barrel of a balance of payments crisis since before last year's July 25 vote, and analysts have long warned that the new government must act quickly.

Nearly one year after the election that brought Imran Khan to power in Pakistan, the cricket-hero-turned-prime-minister faces growing anger as he chases an elusive target, how to right the South Asian nation's teetering economy.

Pakistan has been staring down the barrel of a balance of payments crisis since before last year's July 25 vote, and analysts have long warned that the new government must act quickly.

In one of his earliest speeches, Khan -- who led the cricket-mad country to World Cup victory in 1992, and campaigned on vows to build an Islamic welfare state -- tried to reassure voters, telling them repeatedly, "Do not panic."

But since then the rupee has lost nearly 30 per cent of its value and inflation is running at nearly nine per cent, and likely to continue rising.

"Nowadays I can hardly save 500 or 600 rupees... I sometimes think if I fall ill, how could I afford the medicines and treatment? I would die, I think."

Analysts warn that with Pakistan's galloping population increase far outstripping growth -- set to slow to 2.4 per cent this year -- the country will find no short-term relief, even after the International Monetary Fund approved its latest $6 billion loans.

Pakistan has a rocky relationship with the IMF, which has bailed it out many times before, and Khan secured billions in loans and investment from "friendly countries" including China and Saudi Arabia before going to the Fund.

But it was not enough.

Pakistanis are facing the grimmest part of a seemingly endless economic cycle, austerity imposed on millions of poor people, and futile demands for deep-rooted structural reform.

Traders held a one-day strike earlier this month, and on Friday about 8,000 people marched through the city of Rawalpindi to protest against rising prices.

"This government has completely failed ... they are making the country poorer with each passing day," Ayaz Ahmed, a 32-year-old university graduate, told AFP at the protest.

But while discontent is rising on social media, where viral TikTok videos mock Khan's promises, street protests remain a luxury for many.

"I cannot afford to lose even one day of earnings," said Karachi spice vendor Naseem Akhtar.

Asghar Ali, an associate economics professor at the University of Karachi, estimates that up to eight million people could slip beneath the poverty line in the coming days.

He singled out Khan's anti-corruption drive -- which has seen opposition leaders jailed and businesses "harassed" -- as causing "havoc".

For Shahid Hasan Siddiqui, chairman of the Research Institute of Islamic Banking, the situation is "worse than 1998, when the country survived international sanctions after nuclear tests".

Taxes are the issue, he argued.

Just one per cent of Pakistan's adult population is estimated to pay taxes. Khan's government is pushing hard to broaden the tax base but it remains to be seen whether the latest schemes rolled out by officials will make a difference.

But a tax amnesty by Khan "allows the rich to get their black money whitened by paying a mere 1.5 per cent tax", Siddiqui said.

"On the contrary, every poor man who buys essentials pay 17 per cent in (sales) tax."

Rarely do the poor "get to see the inside of a hospital or the schools built with those taxes", agreed Pakistani author Mohammed Hanif in a scathing New York Times opinion piece excoriating Khan's Pakistan recently.

Umer Farooq, an investment analyst at AKD Securities, said the policies are "largely fair", however.

"The real challenge for the government is how they will implement them," he said.

In the meantime, despair is growing.

Mohammad Imran, a 35-year-old vegetable seller in Karachi, said he can no longer pay his debts.

"What should I do? I would commit suicide someday."