Pakistan will not allow armed militia in the country: Imran Khan 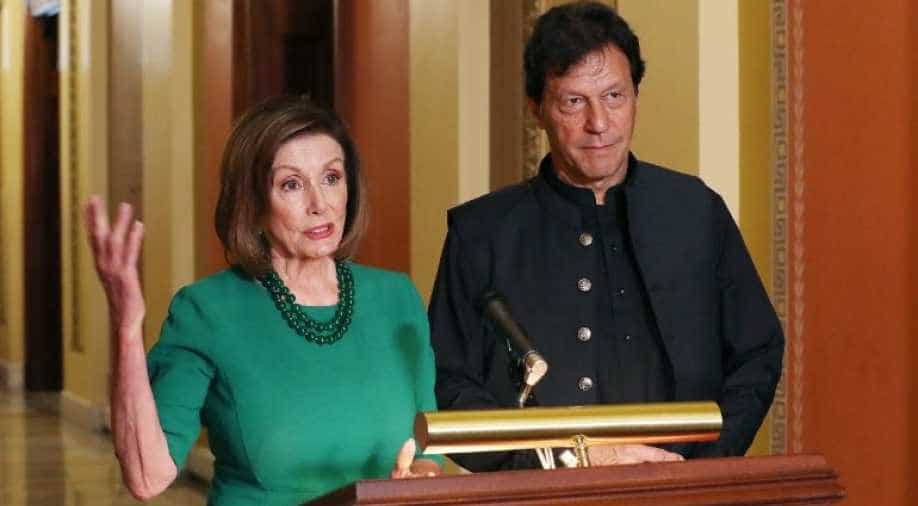 US House Speaker Nancy Pelosi and Pakistan Prime Minister Imran Khan make brief statements to reporters before a meeting at the US Capitol, Washington, US. Photograph:( Reuters )

The Pakistan prime minister, who is in the US for a three-day visit made these remarks during an interview.

Calling Pulwama attack an act of indigenous groups based in India, Pakistan Prime Minister Imran Khan on Tuesday said that his government will never allow armed militia in its territory.

"It is in the interest of Pakistan that we do not allow any armed militia in our country. We have suffered sectarian attacks, we are in the worst situation, our investments are badly affected due to this," said Pakistan PM.

Replying to a question by WION's Anas Mallick on Pulwama attack, Khan said it was an "act of indigenous groups based in India". "Even before this attack happened we had already decided that we will disarm all armed militia in Pakistan,"  he added.

The Pakistan prime minister is in the US on a three-day visit.

Both India and the US have repeatedly told Pakistan to crack down on terror infrastructure on its soil. The Ministry of External Affairs has time and again asked for "verifiable, credible and irreversible actions against terrorists and to disrupt and dismantle terror groups operating from their (Pakistan's) soil".

In a major diplomatic win, Indian efforts on the international front were recently rewarded after Pakistan-based terror outfit Jaish-e-Mohammed's (JeM) chief, Masood Azhar, was blacklisted as a global terrorist by the UN Security Council following the gruesome February 14 Pulwama terror attack. At least 40 CRPF personnel lost their lives in the attack, the responsibility of which was claimed by JeM.