Show us video, information of missing relatives, Uighur activists lash out at China 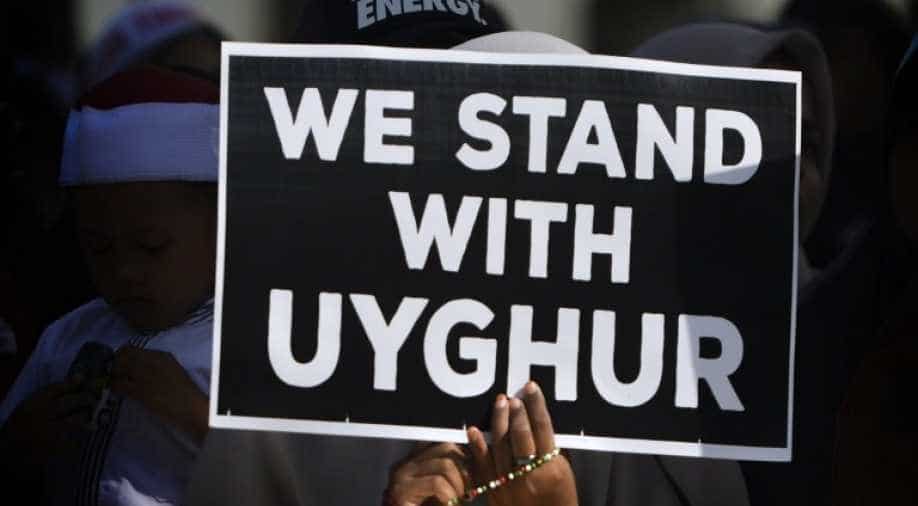 Turkey had said China's treatment of ethnic Uighur was "a great embarrassment for humanity".

After China's state media released a video it claimed was of Uighur poet and musician Abdurehim Heyit who it said was alive, several members of the ethnic Uighur community asked China to show videos of their family members and relatives who allegedly disappeared in China's restive Xinjiang province.

Soon after the video was shown publicly, #MeTooUyghur began trending on Twitter with several Uighur activists living outside China slamming the government and urging it to show videos of their relatives.

An activist on Twitter, Maryam @maryamhanim said: "My husband #MuhtarRozi  must be free immediately!, adding, "my parents must be released right now I am very anxious about them. Where are they now? Are they all safe or not?"

Show me the Video of them as you show #AbdurehimHeyit’s video . https://t.co/J0fltMgtKX

"Chinese government should answer my questions, if they are still considering themselves doing right," the activist said. The post was retweeted several times.

Another activist, Hendan @Hendan_Hiyal hit out against the Chinese government saying: My cousin, Erpat Ablekrem, 25, fr Ghulja (Nothern city of East Turkistan), professional football player. He was taken to the concentration camp in March 2018.

#MeTooUyghur
This is my cousin, Erpat Ablekrem, 25, fr Ghulja (Nothern city of East Turkistan), professional football player. He was taken to the concentration camp in March 2018.
I ask Chinese govern to free my innocent cousin from #NaziChinesecamps. pic.twitter.com/N83eIN7JBE

Turkey had said China's treatment of ethnic Uighur was "a great embarrassment for humanity," adding to rights groups' recent criticism over mass detentions of the Turkic-speaking minority.

"The systematic assimilation policy of Chinese authorities towards Uighur Turks is a great embarrassment for humanity," Turkish foreign ministry spokesman Hami Aksoy had said in a statement.

Turkey called on the international community and UN secretary-general Antonio Guterres "to take effective steps to end the human tragedy in the Xinjiang region."

The US has often lashed out at China over the Uighur issue. Last year, US secretary of state Mike Pompeo had said that "hundreds of thousands and possibly millions of Uighurs are held against their will in so-called re-education camps where they're forced to endure severe political indoctrination and other awful abuses.

China has however denied any wrongdoing over the Uighur issue. It has consistenly maintained it has been trying to asslimate the ethinic Uighurs into society.

However, a UN report had said last year that it had received many credible reports that one million ethnic Uighurs in China were being held in what resembled a "massive internment camp that is shrouded in secrecy".