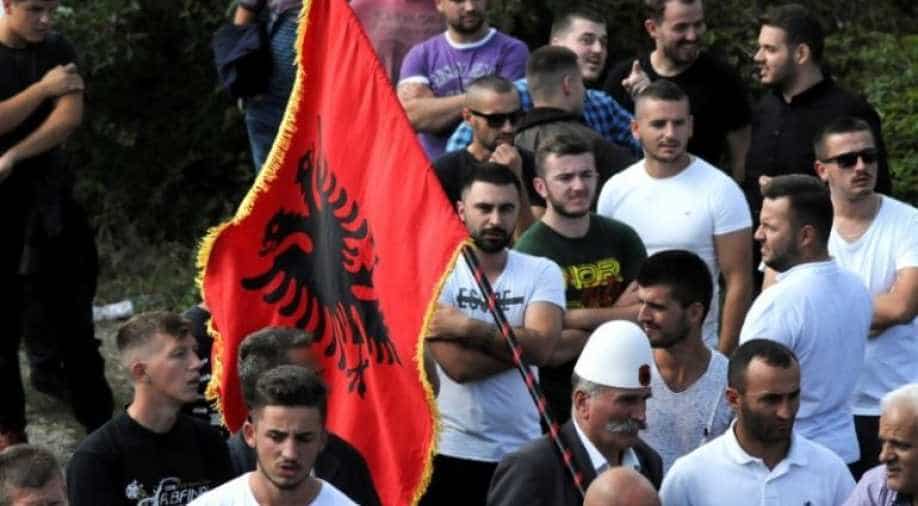 The move came amid rising tension in four Serb-populated municipalities in Kosovo's north, which remains largely outside the control of Pristina and pledges allegiance to Belgrade.

Serbia ordered its security forces on full alert on Tuesday after police in neighbouring Kosovo mounted an anti-smuggling operation in a northern region of the country populated mainly by Serbs.

The move came amid rising tension in four Serb-populated municipalities in Kosovo's north, which remains largely outside the control of Pristina and pledges allegiance to Belgrade.

Serbian President Aleksandar Vucic on Monday acknowledged Belgrade had lost control over Kosovo, its former southern province, but warned it would react if Kosovo attacked Serbs there.

In the Kosovan operation, police arrested dozens of officers on Tuesday, including ethnic Serbs, accused of smuggling goods into the country. They said police had faced "armed resistance" and one policeman was wounded.

Belgrade saw the action as an attempt by Pristina authorities to take control of northern parts of Kosovo which border Serbia, and Serbian Prime Minister Ana Brnabic placed special police units under alert.

The head of Serbia's Office for Kosovo, Marko Djuric, said Kosovo police "armed to their teeth" raided four Serb municipalities in the north.

"They did it with an aim to intimidate and if possible to sow panic...to create an impossible climate for Serbs in Kosovo," Djuric said in a broadcast on Serbia's RTS TV.

Emergency sirens sounded in the Serb part of Mitrovica and people gathered in the town's main square but no incidents occurred, witnesses said.

Kosovo police said their investigation had been launched months ago. The operation also took place in other parts of the country.

"I confirm that the operation is about law enforcement and nothing else. I call Serbs in the north to stay calm and respect the law," Kosovo Prime Minister Ramush Haradinaj said.

Majority-Albanian Kosovo declared independence in 2008, almost a decade after NATO air strikes wrested control of the territory away from Belgrade to end a counter-insurgency campaign by Serbian security forces.

But Serbia, which under its constitution considers Kosovo an integral part of its territory, has been blocking Kosovo from membership of international institutions including Interpol and UNESCO. It also still provides financial aid to Serbs in Kosovo.

Smuggling is rampant in the area and it further increased since Kosovo last November introduced 100 per cent tariffs on goods from Serbia.