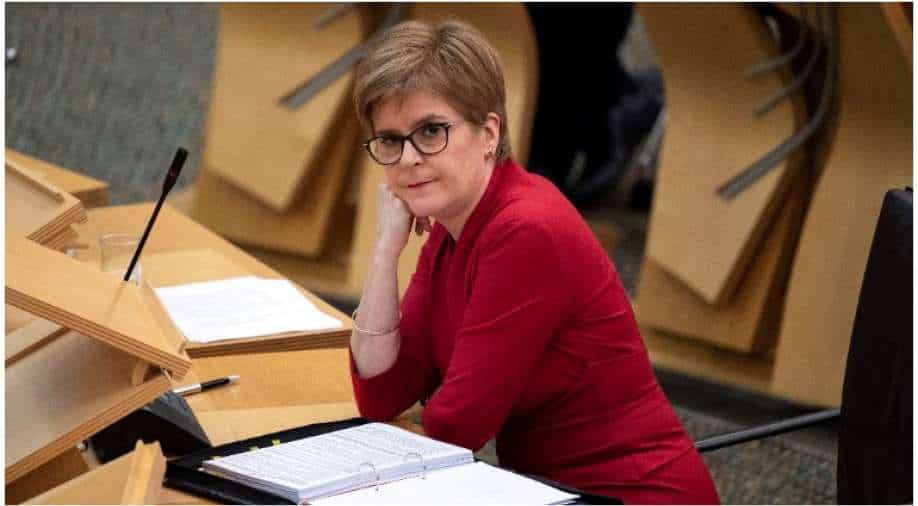 Scotland's First Minister Nicola Sturgeon on Saturday said she had "never been more certain" of achieving Scottish independence. Brexit, Britain's departure from European Union trading arrangements is set to be preceded by Scottish elections in the months ahead.

The head of Scotland's devolved government and the leader of the pro-independence Scottish National Party (SNP) told supporters that possibility of a break between Scotland and the rest of the UK had never been more closer.

"Independence is in clear sight - and with unity of purpose, humility and hard work I have never been so certain that we will deliver it," she said. She made a virtual address.

Sturgeon and the SNP have argued for a second referendum on Scottish independence since the party's overwhelming victory among Scottish seats in Britain's 2019 general election.

Now she hopes that a further resounding win in May elections to the Edinburgh parliament will hand her party a mandate for a second bid to quit the UK.

Opinion polls in recent months have shown that a majority of public opinion in Scotland now supports independence.

The country chose to remain part of the four-nation United Kingdom in a 2014 referendum on the issue.

But Scots later voted by a thumping majority in 2016 to remain in the European Union, a referendum the Leave side won by a narrow margin when taking the rest of Britain into account.

Since then, "we have won a landslide victory in a UK general election and support for independence has risen, it has become the sustained and majority view in public opinion this year," said Sturgeon.

"Who should be taking the decisions that shape our futures? We know that it is the people who live here, wherever they come from, who can best harness Scotland's immense human and natural resources.

"Let us reach out to all Scotland like never before," she added.

Sturgeon urged her party to "demonstrate... that Scotland is ready to take our place in the global family of independent nations," saying it was "now a nation on the brink of making history."

British Prime Minister Boris Johnson has repeatedly rebuffed calls from for a another referendum, saying that the 2014 vote settled the question for a generation.

Earlier this month, Scottish independence campaigners seized on comments by the prime minister in which he said the creation of a devolved parliament in Edinburgh had been "a disaster".

In response Sturgeon said the only way to protect the parliament was "with independence".

On Thursday, she said a referendum could be held "in the earlier part" of the next parliamentary session.

"The people of Scotland have the right to choose their future. Let's now focus all our efforts on making sure we bring about that better country they and future generations deserve," Sturgeon said on Saturday.