Russia says US aid to Venezuela a 'pretext for military action' 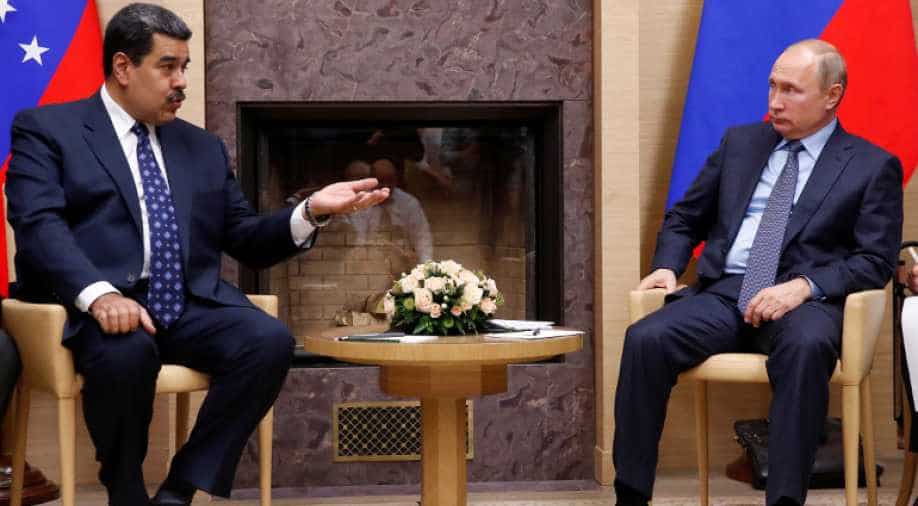 Russia on Friday accused the United States of using aid deliveries to Venezuela as a ploy to carry out military action against President Nicolas Maduro's government.

"A dangerous provocation, instigated and led by Washington, is planned for February 23," foreign ministry spokeswoman Maria Zakharova said, pointing to efforts by opposition leader Juan Guaido to pick up US aid being stockpiled on the Colombian border.

Guaido's plans to try to bring the aid across the border are aimed at provoking clashes, she said, to provide "a convenient pretext for conducting military action".

Russia is a key supporter of Maduro's government and has repeatedly accused Washington of trying to carry out a coup in Venezuela.

On Thursday, Guaido set out in a convoy to collect US-supplied food and medicine stockpiled in Colombia, vowing to bring in the aid by Saturday.

Maduro has closed the border with Brazil to prevent the entry of aid and the military has beefed up security at the Colombian border.

Zakharova alleged that the US had moved special forces and military equipment "closer to Venezuelan territory" and was considering large-scale weapons purchases to arm the opposition.

Noting that it had been five years since the Ukrainian revolution that ousted a Russian-backed leader -- which Moscow has accused the US of orchestrating -- Zakharova said Washington was preparing for more regime change in Venezuela.

"It seems that in Washington there is nothing to mark the fifth anniversary of the coup d'etat in Ukraine, so they decided to hold a new coup d'etat," she said.

She warned that a US military intervention in Venezuela would lead to a "sharp increase in tensions" around the world.

Shipments of food and medicine for Venezuelans suffering in the country's economic crisis have become a focus of the power struggle between Maduro and Guaido.

Maduro has said Russia was providing 300 tonnes of aid but Moscow has not provided details.

A source quoted by the Interfax news agency said talks would focus on "cooperation in trade and the economy".