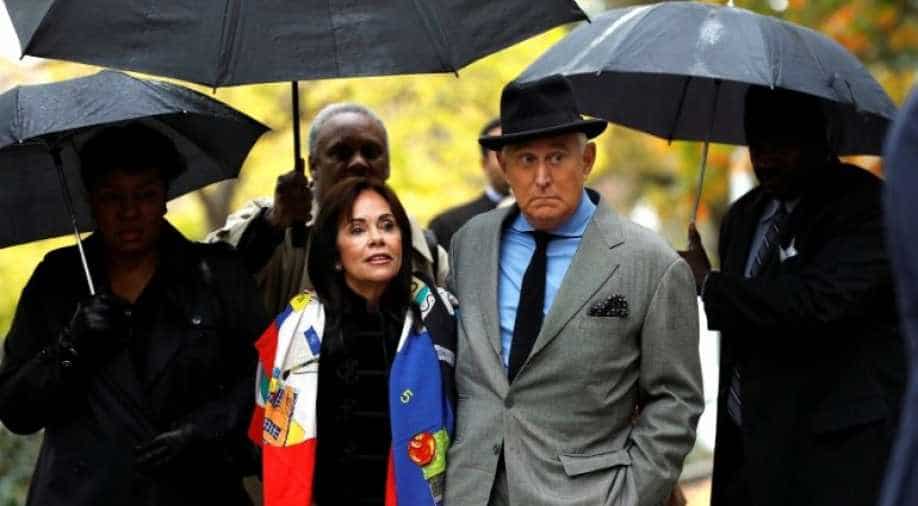 Stone, 67, has pleaded not guilty to seven counts of obstruction, witness tampering and making false statements in testimony during the committee's investigation into Russian interference in the 2016 US elections.

Prosecutors delivered closing arguments in the trial of US President Donald Trump's adviser Roger Stone on Wednesday, saying the Republican operative lied to Congress about his efforts to keep abreast of when WikiLeaks might dump damaging emails on Hillary Clinton in the 2016 election campaign because he knew it would make Trump look bad.

A lawyer for Stone countered in his closing argument that this purported motive lacked all "common sense" because Trump had already been elected president by the time Stone testified to the House of Representatives Intelligence Committee in September 2017.

By then, attorney Bruce Rogow said, the campaign was "long since over."

Stone, 67, has pleaded not guilty to seven counts of obstruction, witness tampering and making false statements in testimony during the committee's investigation into Russian interference in the 2016 US elections.

"Roger Stone knew if this information came out, it would look really bad for his longtime associate Donald Trump, so he lied to the committee," prosecutor Jonathan Kravis told the jury in federal court in Washington.

"Ladies and gentlemen, Roger Stone is a political strategist. He knows how this is going to look."

The jury is expected to begin its deliberations on Thursday.

Some of those lies relate to the existence of certain texts or emails, while others pertain to Stone's conversations with Trump campaign officials and a supposed "intermediary" with WikiLeaks in early August 2016 whom Stone identified to lawmakers as being comedian Randy Credico.

Prosecutors said that Stone did not actually start talking to Credico about WikiLeaks until later that month, and the actual person to whom he was referring in testimony as an "intermediary" was conservative author Jerome Corsi whom Stone dispatched in an email to "Get to Assange!" and get the emails.

Kravis showed the jury a chart suggesting Stone and Credico had exchanged more than 1,500 messages, despite testimony by Stone that no such communications existed.

"No text messages? Not an email guy? Are you kidding me?" Kravis said.

Stone is also accused of tampering with Credico when he was subpoenaed by the committee and later interviewed by the FBI.

He also repeatedly urged Credico to "do a Frank Pentangeli" - a reference to a character in "The Godfather Part II" who recants his congressional testimony against a mobster amid intimidation.

"That is witness tampering, plain and simple," Kravis said.

Rogow dismissed the Pentangeli reference, saying Credico had done impressions of the character in the past and said the "odious language" they used was just part of how they interacted.

Both testified they had spoken with Stone before and during the campaign about WikiLeaks, and they believed he had some insider information about WikiLeaks' Clinton email dump.

Gates testified that he overheard a phone conversation in late July 2016 between Trump and Stone that appeared to be about WikiLeaks, because after the call ended, Trump said that more information would be coming out soon. Stone's lawyer countered that the government had not presented any solid evidence about what was said on this call.