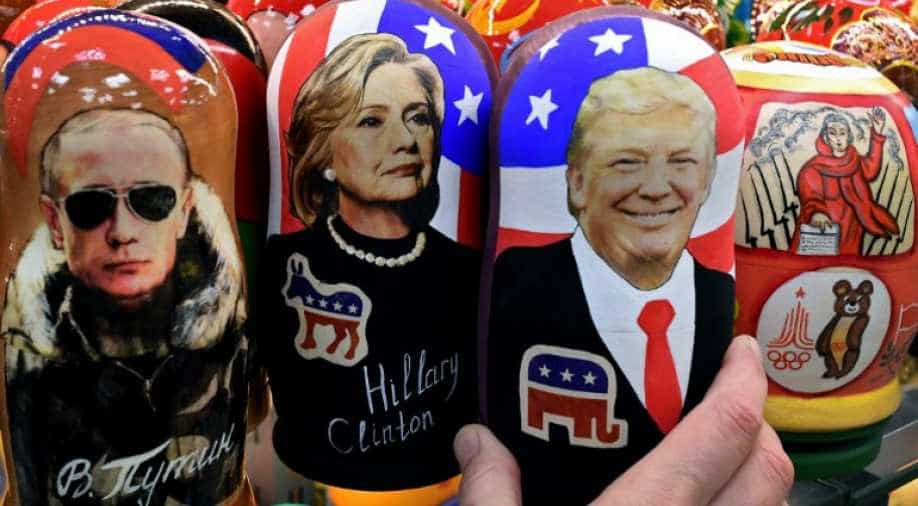 While the world comes to terms with Donald Trump winning the presidency, there's a lot of optimism in Russian circles about the surprise outcome of the US elections.

Even as Russian president Vladimir Putin welcomed Trump's win, his closest political advisor and political analyst Sergei Markov told The Guardian Russia may have played a role in the WikiLeaks scandal. "Maybe we helped a bit with WikiLeaks,” the pro-Kremlin analyst was quoted as saying. Russia has been openly accused of interfering in the elections in favour of Donald Trump. Russian authorities were accused of hacking Democratic party emails that were leaked to WikiLeaks before the US elections.

The Russian government also revealed today that it maintained contact with representatives from Trump and Hillary Clinton's presidential campaigns. "During this entire period, we not only sent some signals through some representatives, or private messages," Russian Foreign Ministry spokeswoman Maria Zakharova was quoted as saying by CNN.

Putin spokesman Dmitry Peskov told The Associated Press that Russian experts had contacts with people in both the Trump and Clinton campaigns. He said such contacts are "quite natural, quite normal."

The Clinton camp had repeatedly accused Trump of maintaining ties with Russia during the elections.

Makrov, however, denied that Russia interfered in the elections.

And while he hoped that US and Russia would find common ground on Ukraine and in Syria, he warned about the "macho" personalities of the two world leaders.

“Putin is a macho, Trump is also a macho. Maybe it could be a problem,” Markov, the pro-Kremlin analyst said.

Another Trump fan was optimistic that the former businessman would bring his pragmatism to politics.

A source close to the Kremlin told The Guardian, "The political space for every US president is quite narrow because a lot of the momentum is in the mentality of military people, secret services and politicians around the president. But it is obvious that Trump, as a former businessman, will be much more pragmatic and won’t be a hostage of the mistakes previously and generously made by Bush, Clinton, Bush, Obama.”

Alexei Venediktov, the editor-in-chief of Russia’s liberal Echo of Moscow radio, told Guardian that while some in the Kremlin were probably celebrating, other “more serious” people realised there were unpredictable times ahead.

Relations between the US and Russia have reached a new low over the past two years, due to differences over Syria and Ukraine.

While his policy makers are cautiously optimistic,  President Putin hopes for “fully-fledged relations” after the election results were announced.

“Clearly the chances of sanctions being lifted on Russia have risen substantially,” the Guardian quoted Renaissance Capital’s global chief economist Charles Robertson as saying. “That would improve the investment climate for Russia.”