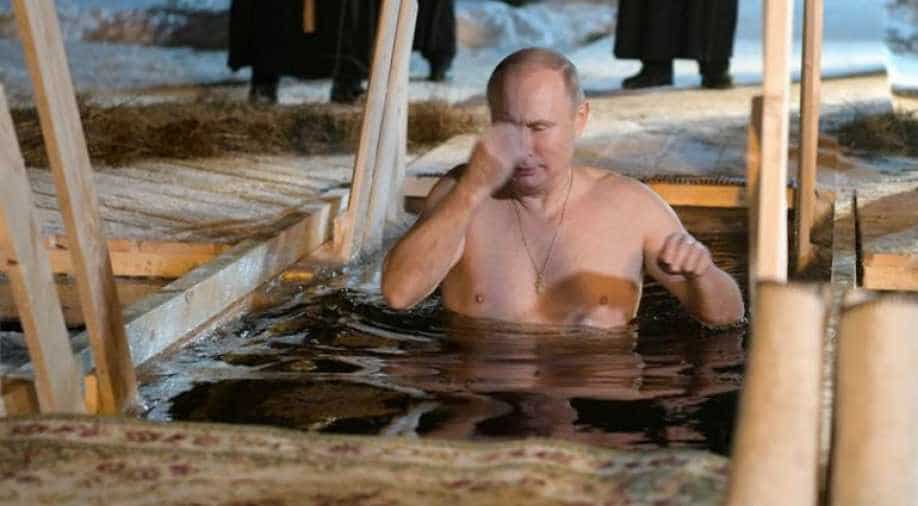 Russian President Vladimir Putin, 65, stripped off to his bathing trunks and immersed himself in the freezing waters of a lake late on Thursday, observing an Orthodox Christian ritual to mark the feast of Epiphany.

With his coat and boots removed, he then walked down a set of wooden steps into a hole in the ice, crossed himself, and dipped his head under the water before surfacing.

Air temperatures at the time were around six degrees Celsius below zero (21 degrees Fahrenheit).

Each year on Epiphany, Orthodox believers immerse themselves in rivers and lakes to commemorate the baptism of Jesus Christ in the River Jordan.

Putin, who is campaigning for re-election in a March 18 presidential election, grew up under Communist rule where open shows of religion were frowned upon. As president, he has become a frequent attender of Russian Orthodox ceremonies, and has given the church a major voice in society.

The Russian leader has a track record of stripping to the waist in public to reveal his torso.

In August last year he was photographed with his shirt off catching fish in a mountain lake in Siberia and in August 2009, a bare-chested Putin was pictured riding a horse during a Siberian holiday.