Pompeii for all: Ancient city now accessible to wheelchair users 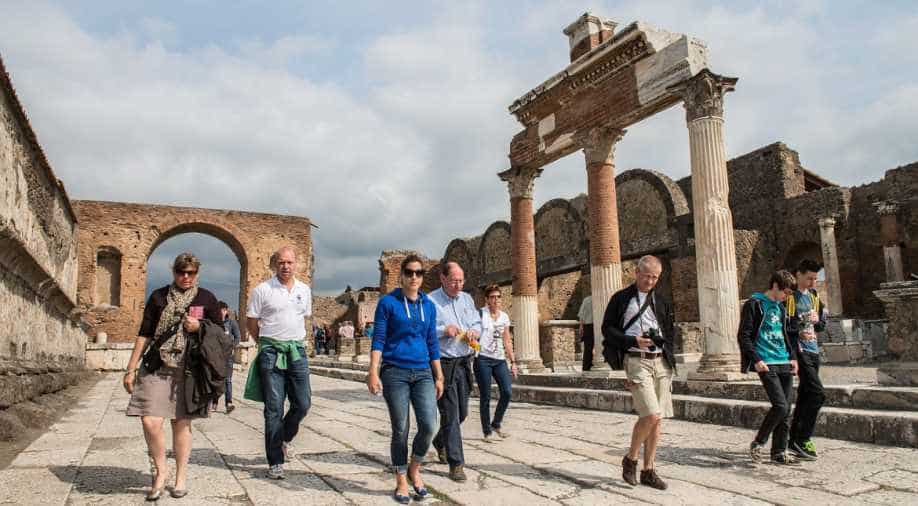 Not only wheelchair users but also the visually impaired, the elderly and visitors with babies in pushchairs or prams will benefit from the new route. Photograph:( Getty )

A three-kilometer-long barrier-free route leading through the world-renowned archaeological site was inaugurated on Friday.

According to Italy's Ministry of Cultural Heritage, it is the country's largest barrier-free route allowing access to an archaeological site.

For the project "Pompei per tutti" (Pompeii for all), height differences were evened out, access ramps positioned and smooth pathways created, the DW said in its report.

It begins at the Porta Marina entrance and provides access to 20 of the most important sights in the ancient city, the DW said in its report.

Pompeii was buried in volcanic ash, pumice and rock when Mount Vesuvius erupted in 79 AD, and not rediscovered until the 16th century. It's the world's best preserved ancient city.The archaeological site of Pompeii extends over about 66 hectares. It was declared a UNESCO World Heritage Site in 1997, according to the DW.

Who is Parag Agrawal that will be Jack Dorsey's successor at Twitter?