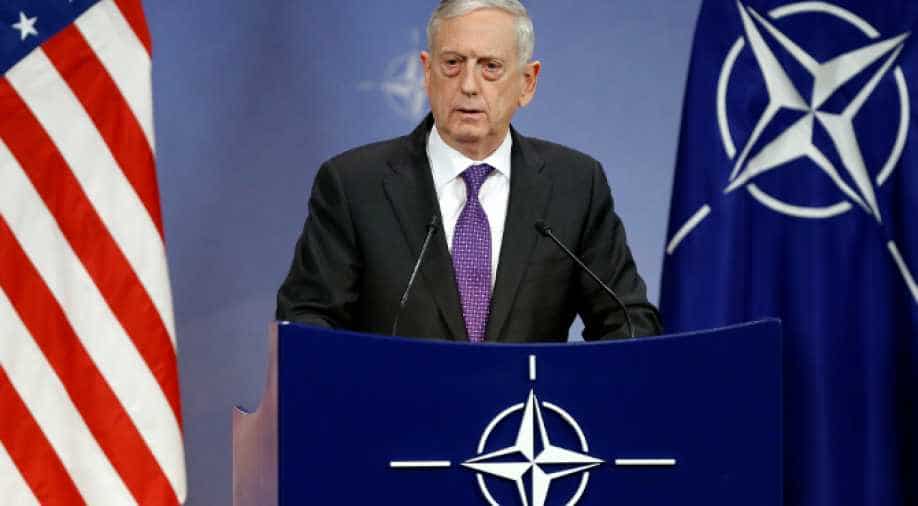 Pakistan has been under pressure from the US and its allies over being named in the "grey list" in Financial Action Task Force(FATF), a move which could take place in June.

As the US steps up pressure on Abbasi's government over terror, Defence secretary Jim Mattis said on Thursday that there have been "changes in Pakistan's behaviour".

"There have been changes in Pakistan's behaviour (since the South Asia strategy was announced)," Mattis told reporters, adding,"There are other issues; the fatwa (against suicide bombings) that came out, that came out of Pakistan. That was a step in the right direction."

Pakistan has been under pressure from the US and its allies over being named in the "grey list" in Financial Action Task Force(FATF), a move which could take place in June.

The US approached the FATF to put Pakistan on global terrorist-financing watch list, accusing Islamabad of not complying with the UN Security Council resolutions relating to terror groups.

"One of the reasons I want to go in is actually talk to the people who are dealing with the border issues right now, dealing with intelligence and what they're seeing," Mattis said.

"And then go back and talk with our intelligence agencies in Washington, DC, and put together an assessment of this," the US defence secretary added.

On the proposed Afghan peace initiative with the Taliban, Mattis said: "At that point, setting the conditions for the diplomats to sit down, and the leadership to sit down and try to get this out of the violence and into the diplomatic stance."

However, Mattis added despite US efforts to get Taliban on the negotiating table, the US would continue to put military pressure on the terror outfit.

"..You need to have that door open, even as you increase the military pressure and say this is not going to work. You know, to just be setting off bombs," Mattis observed.