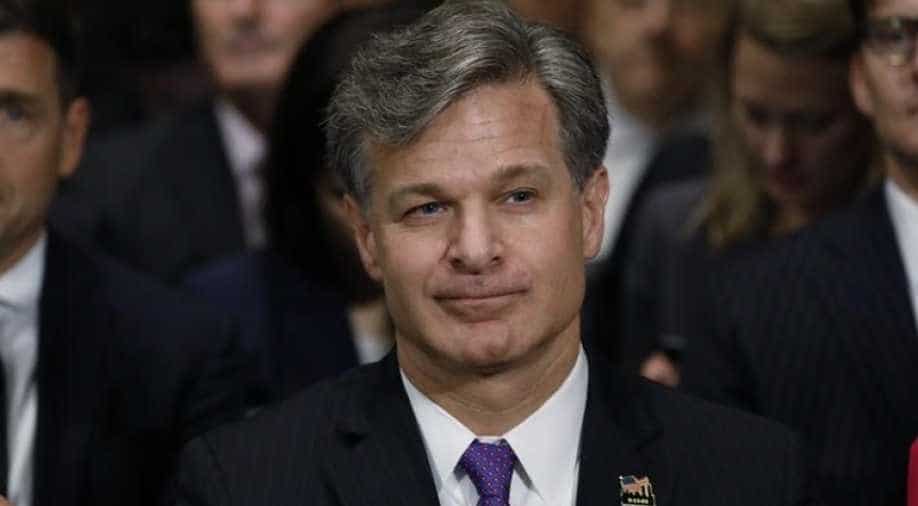 Arrests of people involved in Chinese operations to steal US corporate secrets, whether for corporate reasons or to obtain defense secrets, have risen sharply in recent years.

"There is no country that poses a more severe counterintelligence threat to this country right now than China... and I don't say it lightly," Wray told the Senate Judiciary Committee.

"We have as we speak probably about a thousand-plus investigations all across the country involving attempted theft of US intellectual property, whether it's economic espionage or counter proliferation, almost all leading back to China," he said.

"It is a threat that is deep and diverse and wide and vexing.... Make no mistake that this is a high priority for all of us," Wray added.

Arrests of people involved in Chinese operations to steal US corporate secrets, whether for corporate reasons or to obtain defense secrets, have risen sharply in recent years.

Washington says the problem has been exacerbated by Beijing's "Thousand Talents" program which offers financial awards to Chinese professionals overseas who bring advanced technology back to China.

The concern has given rise to a tightening of visas for Chinese researchers seeking to travel to the United States.

In June the US Department of Energy moved to block its scientists from participating in the "Thousand Talents" program in order to protect US competitive strengths and national security.

Wray said the Chinese government is using "not just government officials, but private sector entities, non-traditional collectors, etc, to steal their way up the economic ladder at our expense."

"China is fighting a generational fight here," he said.

"I want to be clear. This is not about the Chinese people as a whole and it is certainly not about Chinese-Americans in this country," he added.