No ready spark is seen for lagging US energy shares 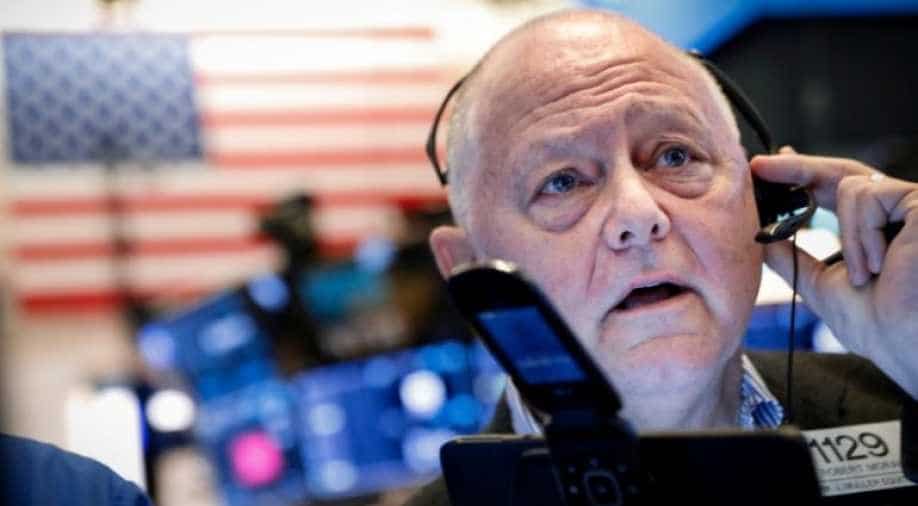 A trader works on the floor at the New York Stock Exchange (NYSE) in New York, US Photograph:( Reuters )

This year, the energy sector has even failed to keep pace with oil prices, despite their traditional tendency to move in the same direction.

There may be little relief on the horizon for investors in US energy companies, whose shares moved from darlings to dismal performers during Wall Street's record bull run and now face a shaky global economy, doubts about fossil fuel investments and general market scepticism.

As a result, the S&P 500 energy sector has its lowest weight in the overall S&P 500 since at least 1995, according to Refinitiv Datastream data.

It represents under 5 per cent of the benchmark index, down from over 15 per cent in mid-2008, when oil prices reached historic highs at over $140 a barrel, nearly three times current levels.

But this year, the energy sector has even failed to keep pace with oil prices, despite their traditional tendency to move in the same direction.

The poor returns raised some hope that the sector will soon find a floor that would allow it to rebound, especially those stocks with appealing dividends, but that remains to be seen.

“The view of the sector, in general, has gotten to a point where it's a very difficult space for institutional investors to embrace because it`s been such a chronic underperformer,” said Walter Todd, chief investment officer at Greenwood Capital in South Carolina.

Since the current bull run began in March 2009, the S&P 500, which many investors view as a proxy for the stock market, has soared well over 300 per cent, while the energy sector has climbed 32 per cent.

Oil prices are up relatively little throughout the bull market, which has largely overlapped with a US economic expansion characterized by modest growth and with a boom in shale exploration that helped make the country the world`s top oil producer.

This year, however, US crude prices have climbed over 18 per cent to about $54 a barrel against a 3 per cent drop for the energy sector, although there is a wide disparity in performance among the 28 S&P 500 energy stocks.

“If you look over the last 18 to 24 months, the reason why this space is so frustrating is that when oil rallies, they rally but not nearly to the degree you think that they should," Todd said. "But then when oil comes in, they get crushed.”

Investors have become wary of energy companies in the past out-spending their cash flows and of drilling wells without adequate returns, said Pearce Hammond, managing director at Simmons Energy in Houston.

"Basically, they were destroying capital," Hammond said. "It seems like this year has been the year when investors said, 'Stop.' "

Trump has sought to cut regulations involving energy and other natural resources companies, but the sector has still struggled during his administration.

Trump's tariff battle against China is raising concerns about the economy.

Indeed, falling long-dated yields in the US Treasury market have inverted the yield curve, a warning sign that a recession could be looming.

This could particularly hit energy stocks.

“It’s an economically sensitive space and they are probably one of the largest victims of any trade war concerns,” said Burns McKinney, portfolio manager with Allianz Global Investors in Dallas.

Energy shares underperformed on Friday as trade tensions escalated and China threatened to impose tariffs on US crude oil imports for the first time.

Some investors avoid the fossil fuel industry as they worry about the companies impact on climate change.

"The oil and gas companies, for a lot of investors, have become a bit of a pariah," Hammond said.

To be sure, the energy stocks have lagged so much that some strategists and investors say they are becoming appealing.

Citigroup equity strategist Tobias Levkovich rates the sector "overweight," noting it is at its most attractive valuation relative to the S&P 500 since 2002.

But in a recent report, Levkovich conceded, "We along with others struggle to perceive which catalysts encourage the Street to step back into the sector, short of a major supply disruption."

Some investors say energy shares could benefit simply from a catch-up trade with oil.

Another factor, High dividend payout rates among some companies as US Treasury yields have tumbled.

Exxon Mobil Corp's dividend yields 5 per cent, while Occidental Petroleum Corp yields 7per cent, compared to just a 1.54 per cent yield on the 10-year US Treasury note.

“If you stick to investment-grade rated companies, there’s a pretty small list of energy companies to invest in, and if you did that you’d probably be OK,” said Ledoux, whose firm's holdings include Chevron Corp.

However, Robert Pavlik, chief investment strategist at SlateStone Wealth, who is slightly underweight the sector, said he could sell energy holdings should the stocks rise to lock in profits.

"I don’t think that there is that much upside," Pavlik said. "Where is oil going to go if the whole industry continues to shift (to alternative energy) as it is and we are looking at a slowdown in the economy?"