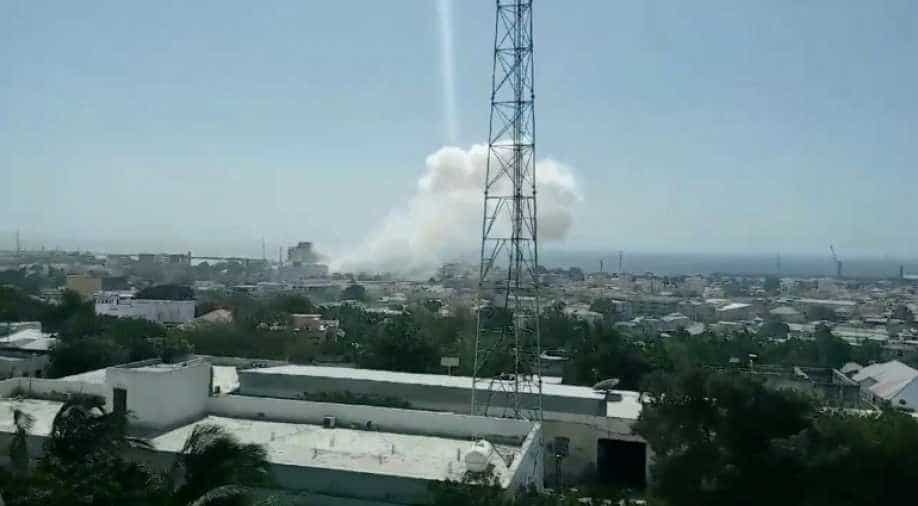 Smoke rises after an explosion in Mogadishu, Somalia. Photograph:( Reuters )

'The blast occurred close to Mogadishu mall and it has caused death and destruction. Nine civilians were confirmed dead and several others are wounded,' police officer Ahmed Moalin Ali said.

At least nine people were killed and several wounded when a car loaded with explosives blew up near a mall in a busy market in the Somalia capital on Monday, police said.

"The blast occurred close to Mogadishu mall and it has caused death and destruction. Nine civilians were confirmed dead and several others are wounded," police officer Ahmed Moalin Ali said.

"The terrorists parked a vehicle loaded with explosives in the vicinity of the mall to kill the innocent civilians."

He said some of the victims died in a building that collapsed as a result of the blast in the Hamarweyne market.

"I saw the dead bodies of four people recovered from the debris of a collapsed building and three others were strewn dead outside after the blast had blown them," said shopper Munira Abdukadir.

"I was not far away from the blast location, but I was lucky to have survived, several people were wounded and some were screaming before the ambulances arrived," said another witness, Abdulahi Mohamed.

The group was largely driven out of Mogadishu in 2011 and has lost many of its strongholds. But it retains control of large rural swathes of the country and continues to wage a guerrilla war against the authorities.