New Zealand battles to rein in blaze at convention centre 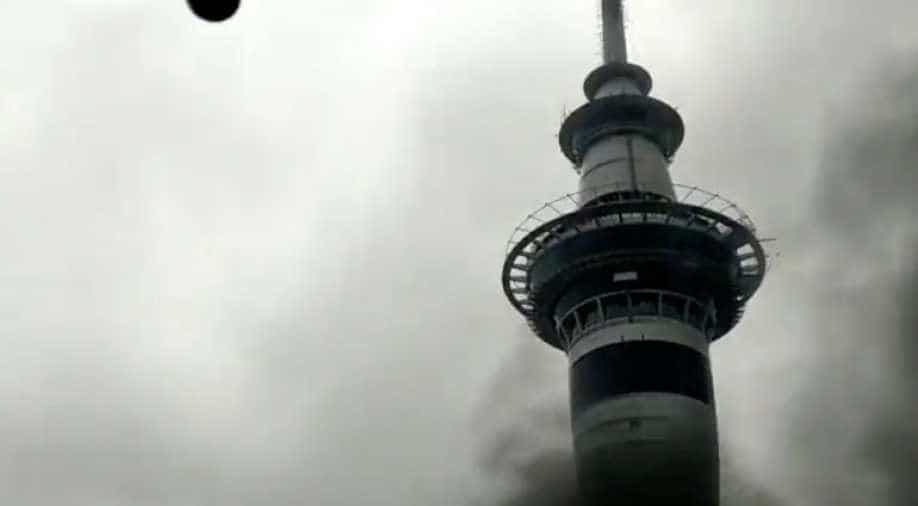 New Zealand fire services were battling a massive blaze on Tuesday on the roof of a convention centre being built in the city of Auckland.

New Zealand fire services were battling a massive blaze on Tuesday on the roof of a convention centre being built in the city of Auckland, considered to be the country's biggest current building project.

The fire, which broke out at the SkyCity Convention Centre, is close to the Sky City tower in downtown Auckland. Videos posted by witnesses on Twitter showed fire and black smoke billowing from the roof.

"Fire is really building," Auckland's mayor, Phil Goff, said on Twitter. "People can be seen on the roof."

Fire and emergency crews are fighting to bring the blaze under control, police said in a statement, adding that they were assisting Fire and Emergency NZ with cordons and evacuations of workers.

About 23 fire trucks from across greater Auckland had responded to the blaze, Fire and Emergency New Zealand said.

"There have been no reported injuries," SkyCity said on Twitter, adding that everyone had been evacuated from the convention centre, with Sky Tower and a casino closed until further notice.

Construction workers were among the hundreds of people evacuated, media said. Traffic came to a standstill in central Auckland, with people asked to avoid the business district and urged to take precautions against inhaling smoke.

The $452-million SkyCity Convention Centre, which sits on a 3.5-acre site, with a floor space of 349,827 sq ft, is considered to be New Zealand's biggest building project.

Owned by New Zealand casino operator SkyCity Entertainment Group, the project has been plagued by delays.

The country's largest builder, Fletcher Building Ltd, is building the centre. Shares of SkyCity were down 4 per cent at NZ$3.82 on the New Zealand exchange after the fire reports.