Mixed emotions in Germany as 500-euro note bows out 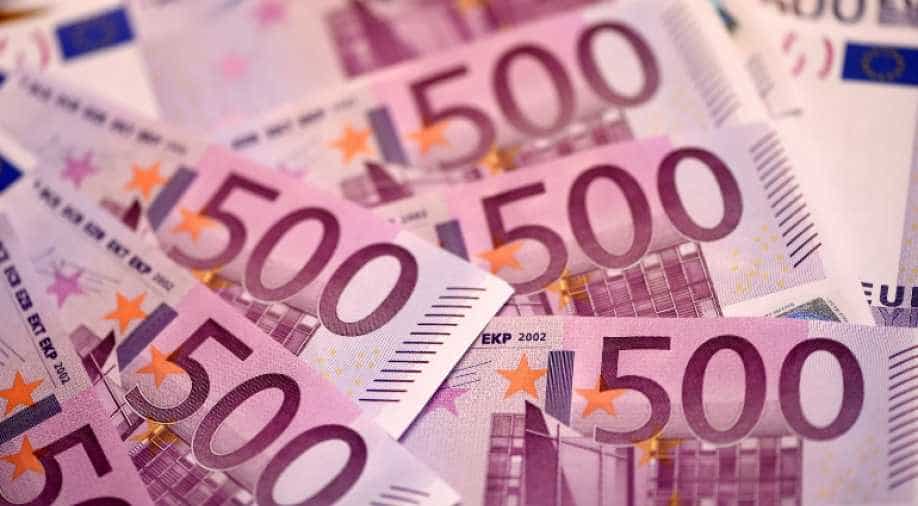 When the euro was created two decades ago, Germany was keen to have a 500-euro bill as the closest equivalent to its cherished 1,000-Deutsche Mark banknote.

As the ECB takes the final step in phasing out the 500-euro note, few are expected to mourn a bill favoured by criminals but rarely seen in daily life.

Except perhaps in cash-loving Germany.

From Sunday, central banks in 17 of the 19 eurozone countries will stop issuing the violet-coloured banknotes.

Only the German and Austrian central banks are clinging on a while longer, until April 26, to "ensure a smooth transition", the European Central Bank said in a statement.

Medical technician Rolf, from the German town of Marburg, said he found the demise of the single currency's highest-denomination note "hard to accept".

Standing a stone's throw from Frankfurt's blue-and-yellow euro sculpture after a meeting in the city, the 61-year-old said he had made a point of paying for his car in 500s.

"I prefer using cash for large payments, it doesn't mean I'm involved in anything dodgy," Rolf said, declining to give his last name.

The ECB decision to end the note's issuance will lead to fewer and fewer circulating as commercial banks gradually return them to their countries' central banks, where they will be replaced by lower-denomination bills.

But anyone hoarding 500s under their mattress needn't worry, as all existing bills remain legal tender.

"They can continue to be used to spend or to save, and they will always retain their value," said ECB spokeswoman Eva Taylor.

The 500-euro bill accounted for just 2.3 per cent of all euro notes in circulation last month.

The banknote's death warrant was signed in 2016 when the ECB formally ended its production over concerns it could "facilitate illegal activities" after research linked its use to money laundering, tax evasion and terrorism financing.

Sometimes dubbed the "Bin Laden", the note has proved a compact way to transport illicit money.

The same sum in $100 bills, the US currency's highest denomination, would weigh almost six times as much and require a much larger case.

While the plan to slowly kill off the 500 made few waves abroad, it sparked an emotional debate in Germany where many feared it was a prelude to abolishing cash altogether.

Among the fiercest opponents was Jens Weidmann, chief of Germany's powerful Bundesbank central bank, who said scrapping the note would do little to combat crime but could "damage trust" in the single currency.

Critics also said the move would make it more difficult and expensive for banks to physically store large amounts of cash in order to bypass negative interest rates.

The ECB's deposit rate currently stands at minus 0.4 per cent, meaning banks pay to park excess funds with the Frankfurt institution.

When the euro was created two decades ago, Germany was keen to have a 500-euro bill as the closest equivalent to its cherished 1,000-Deutsche Mark banknote.

But even in Europe's top economy, where privacy is prized and cash is king, the 500 isn't any more widely used than in other countries, and won't be universally missed.

Suzanne Spenner, a Frankfurt-based nanny in her mid-fifties, said in her experience the slightly oversized note -- an awkward fit in most wallets --  was a pain to get rid of.

"They wouldn't take it in the shops. I have no need for it."

A 2017 Bundesbank study found that over 60 per cent of Germans have dealt with the 500-euro note at least once, often as a gift, a way of storing money or to pay for large purchases.

Across the euro region, the ECB said, "more people than often thought use high denomination banknotes".

Lucia Bassing, owner of a high-end store selling beds and mattresses in Frankfurt, said while card payments were on the rise, it wasn't unusual for customers to pay for a 3,000-euro bed in 500s.

"But I'm always happy to accept them from customers," she laughed.