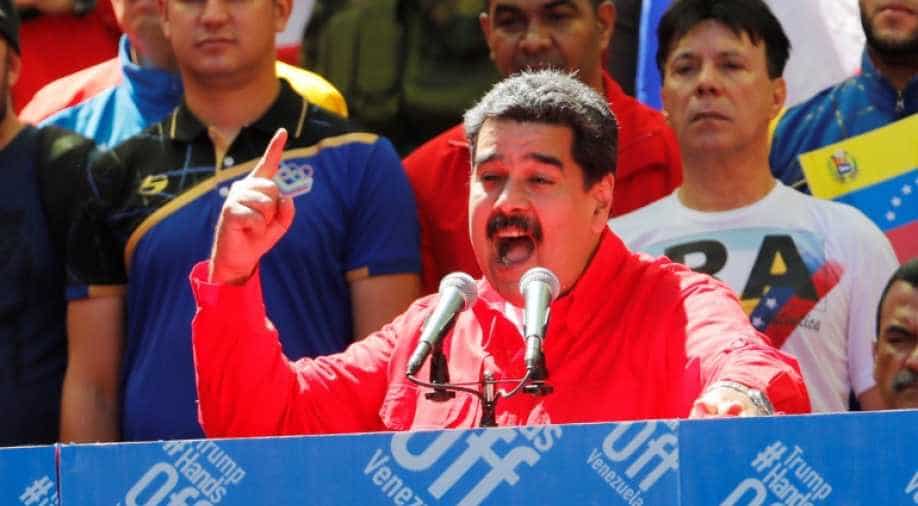 'They are trying to fabricate a crisis to justify political escalation and military intervention in Venezuela to bring a war to South America,' Venezuelan President Nicolas Maduro said.

Venezuelan President Nicolas Maduro accused the American government of manufacturing a crisis in an attempt to start a war in South America, in an interview broadcast on Monday.

"Everything that the United States government has done has been doomed to failure," Maduro told American broadcaster ABC News from the presidential palace in Caracas in remarks translated by the network from Spanish.

"They are trying to fabricate a crisis to justify political escalation and military intervention in Venezuela to bring a war to South America."

Earlier in the day, US Vice President Mike Pence announced $56 million in aid to Venezuelans as well as tougher US sanctions as he joined a Lima Group meeting of Latin American countries plus Canada that was also attended by opposition leader Juan Guaido.

The United States is among some 50 countries that recognize Guaido as Venezuela's interim president.

Maduro blasted the talks in Bogota as being "politics to attempt to establish a parallel government in Venezuela."

Washington, he said, "wants Venezuela's oil" and is "willing to go to war for that oil."

But he also said he was ready to participate in a "direct dialogue" with the Trump administration.

Asked if he would allow Guaido back into the country, Maduro said: "He has to respect the laws."

Guaido "can leave and come back and will have to see the face of justice because justice had prohibited him from him leaving the country."