Macron speaks about 'moment of truth' handshake with Trump 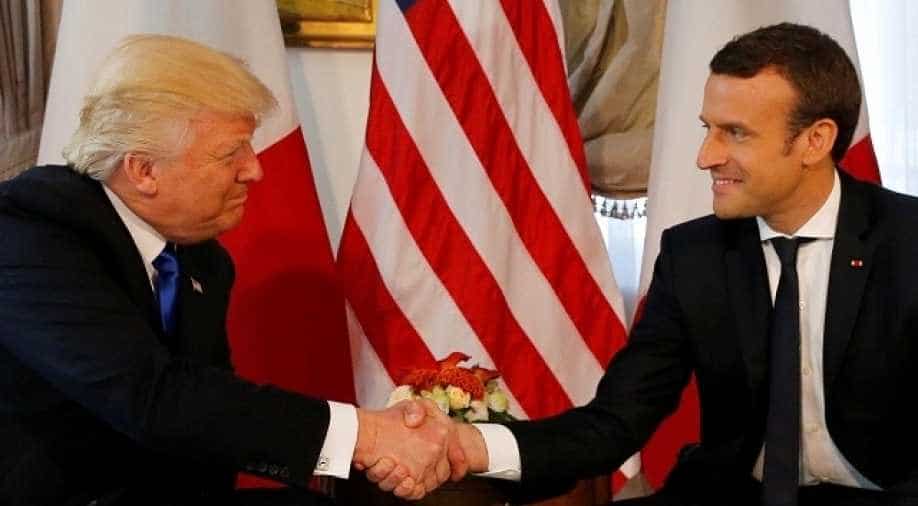 No inch given: French president Emmanuel Macron said he didn't want to give any concessions to his US counterpart Donald Trump. Photograph:( AFP )

France's new President Emmanuel Macron says he was ready for his "moment of truth" with US counterpart Donald Trump -- when they shook hands for the first time.

"You have to show you won't make little concessions, even symbolic ones," Macron, 39, told the French weekly Journal du Dimanche on Sunday.

Footage of the handshake as the pair met for lunch at the US embassy in Brussels ahead of a NATO summit on Thursday has gone viral.

As cameras rolled, Macron held on tight to Trump's notorious power grip as the two men sat next to each other, the Frenchman's mouth clenched and eyes firmly fixed at the 70-year-old tycoon's squinty stare.

After some five seconds, Trump was the first to open his hand but Macron insisted on being the last to let go.

"I don't miss a thing, that's how you get respect."