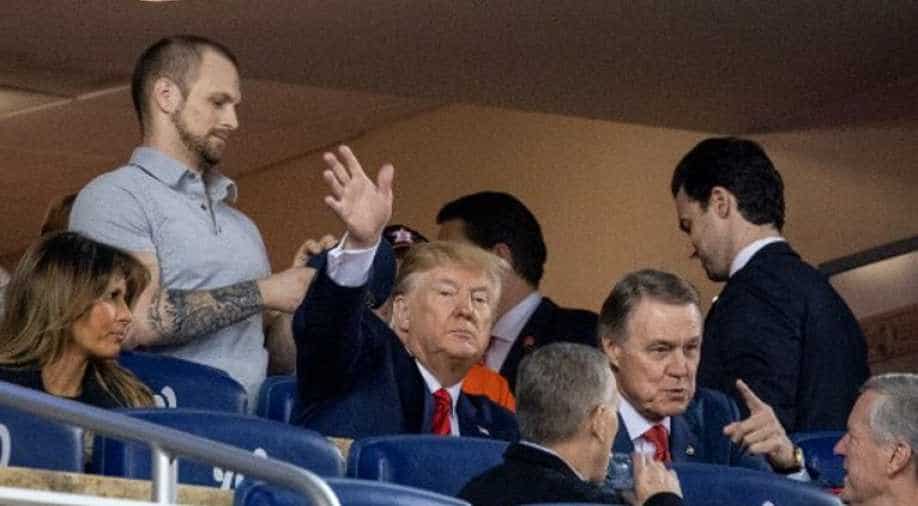 President Donald Trump was booed by baseball fans as he attended a World Series game with his wife Melania in Washington Sunday.

Trump attended the tie-breaking game five of the series on the day his administration announced the death, long-sought by the Pentagon, of Islamic State group leader Abu Bakr al-Baghdadi.

After the game's third inning, the stadium's video display showed military members in attendance -- but then quickly cut to Trump.

The cheering crowd immediately switched to loud and sustained boos.

When the display cut back to the soldiers, the booing died down, but fans soon took up a chorus of "Lock him up!" -- a play on the chant frequently heard at pro-Trump rallies against Hilary Clinton, but now often used against the president.

Trump has been on the back foot for weeks as the Democrats push ahead with their impeachment inquiries, and as he faces widespread and bi-partisan condemnation of his Syria policy.

It was an unusual excursion for the president and first lady -- who arrived earlier at the Nationals Stadium, and sat in a suite behind home plate -- in liberal-majority Washington.

Prior to the Nationals-Astros showdown, Washington's manager Dave Martinez said he hoped Trump "enjoys the game."

When asked if the team was excited for his arrival, Martinez replied, "We haven't really talked about it. We're focused on playing baseball."