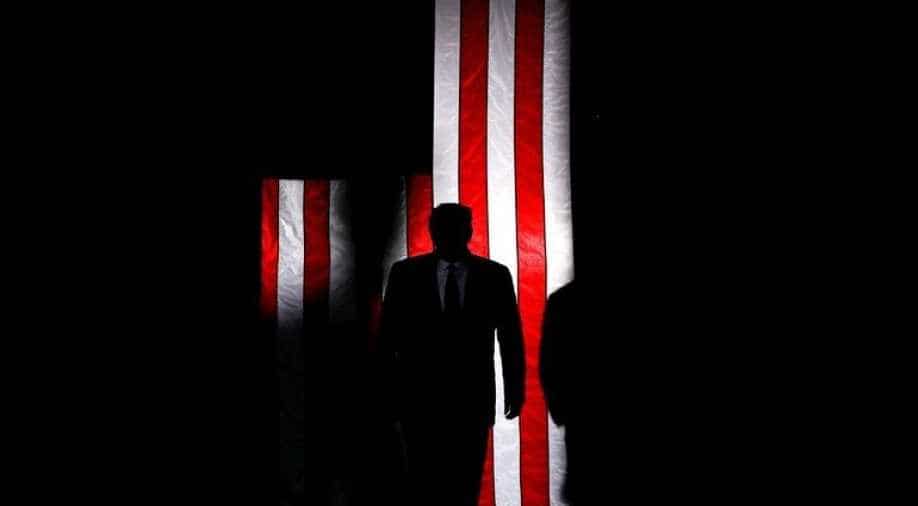 The Democratic-led committees are conducting an enquiry on Trump's request to Zelenskiy that he investigate Joe Biden.

A senior United States diplomat on Saturday told lawmakers leading an impeachment enquiry that he did not know whether President Donald Trump had withheld aid for Ukraine in an attempt force an investigation of a political rival, sources said, even as Democrats said his testimony corroborated other evidence gathered.

Philip Reeker, the acting assistant secretary of state for European and Eurasian affairs, spent about eight hours with the House of Representatives Foreign Affairs, Intelligence and Oversight committees behind closed doors at the US Capitol.

Reeker told lawmakers he was unaware of whether US security aid to Ukraine was withheld to pressure Kiev to launch investigations that could have helped Trump's 2020 re-election bid, according to a source familiar with the matter.

At the end of Saturday's session, Intelligence Committee Chairman Adam Schiff told reporters, "We're making rapid progress" in the impeachment enquiry. He declined to say when the panels might advance to the next phase of hearings open to the public.

The Democratic-led committees are conducting an enquiry focusing on Trump's request to Ukrainian President Volodymyr Zelenskiy that he investigate former US Vice President Joe Biden, a leading Democratic presidential candidate, and his son Hunter Biden, who had served on the board of a Ukrainian gas company.

US election law prohibits candidates from accepting foreign help in an election.

As part of their probe, the lawmakers are examining whether Trump withheld $391 million in security assistance until Zelenskiy publicly committed to both an investigation of the Bidens and a debunked conspiracy theory that Ukraine, not Russia, meddled in the US 2016 presidential election.

But they offered no details and it was not clear what Reeker may have corroborated.

Representative Stephen Lynch told reporters that Reeker, whose portfolio includes Ukraine and Russia, was a "much richer reservoir of information than we originally expected."

But Reeker, according to a second source who asked not to be identified, was largely out of the loop on policy toward Ukraine, leaving it to Kurt Volker, then the US special representative for Ukraine negotiations, and others.

Republican Representative Mark Meadows, speaking to reporters as a long day of testimony was winding down, said it "was a good day for the president" and described Reeker as "a top-level official not giving any potential incriminating evidence."

Reeker submitted to questioning in response to a congressional subpoena that was issued after the State Department attempted to block his testimony, according to an official working on the impeachment inquiry.

The testimony was the first since a federal judge on Friday rejected a claim by Trump and his Republican allies that the Democrats' impeachment enquiry process was illegitimate because the full House had not voted to authorize it.

House Speaker Nancy Pelosi on September 24 launched the formal Trump probe under her broad powers as the speaker.

Watch: Donald Trump claims he's a victim of a lynching

At the heart of the enquiry is a July 25 phone call in which Trump asked Zelenskiy to investigate the Bidens and a claim, debunked as a conspiracy theory, that a Democratic National Committee computer server was in Ukraine.

William Taylor, the top US diplomat in Ukraine, testified on Tuesday that Trump made the withheld aid contingent on Zelenskiy announcing the requested investigations.

Reeker was unaware in the June-August period of the possibility Trump may have withheld the aid to pressure Zelenskiy, a second source said, adding that he knew the aid was delayed but did not know why. He testified that he heard resistance was coming from Acting White House Chief of Staff Mick Mulvaney, the source said.

Trump denies wrongdoing and, backed by his fellow Republicans in Congress, insists he is being treated unfairly.

Reeker, 54, a career diplomat, is the latest in a growing list of current and former officials who have met with investigators.

Among the issues, the committees were expected to explore with Reeker was Trump's abrupt dismissal in May of the ambassador to Ukraine, Marie Yovanovitch. According to emails given to congressional committees this month, Reeker sought to intervene when Trump supporters accused Yovanovitch of being disloyal to the president.

Reeker sought a stronger State Department defence of Yovanovitch, according to sources familiar with the matter, which never was provided.

The committees have scheduled several depositions for next week, all behind closed doors.

Charles Kupperman, a former deputy national security adviser to Trump, who was called to appear on Monday, has asked a court whether he should comply with a congressional subpoena or honour the administration's instruction not to testify.

Kathryn Wheelbarger, acting assistant secretary of defence for international security, is scheduled to appear on Wednesday, and Tim Morrison, a top White House adviser on Russia and Europe, is scheduled for Thursday.