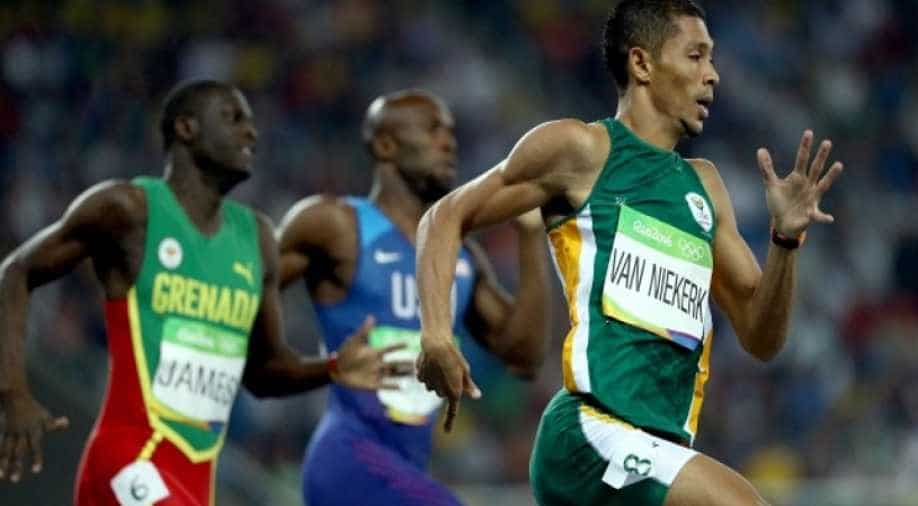 The Olympic motto is "Faster, Higher, Stronger", but what if we have reached the limits of the human body?

Some scientists have warned that when it comes to running from sprints to marathons the era of breaking records may be coming to an end.

That is, unless the next athletic evolution is artificial and it is doping, rather than human exertion, that breaches the next barriers.

Only one world record was broken at this year's athletics world championships in London, in the newly-recognised women's 50km race walk.

And at the 2016 Rio Olympics, just two running world records were bested -- South Africa's Wayde van Niekerk in the 400-metre men's event and Ethiopia's Almaz Ayana in the women's 10,000m.

After the great advances of the 20th century, "the rate of improvement is approaching zero for the majority of athletic trials," said Marc Andy, a researcher at France's Institute of Sport Biomedical Research and Epidemiology (IRMES).

In 2007, the institute analysed the history of Olympic records since the modern Games began in 1896 and calculated that athletes have reached 99 percent of what is possible within the limits of natural human physiology.

The most recent near a breakthrough in the grueling marathon occurred in May when Kenya's Eliud Kipchoge came agonisingly close to sporting immortality, nearly running the first sub two-hour marathon.

He missed the mythical mark by just 25 seconds.

But the race conditions at the Nike-sponsored event were so favourable Kipchoge ran behind a six-man pacesetting team and was trailed by a time-keeping vehicle on a racing circuit in Monza, Italy  that the time was not recognised by the International Association of Athletics Federations (IAAF).

Fellow Kenyan Dennis Kimetto remains the world record holder for his 2:02:57 run in 2014.

Coaches and scientists have long tried to figure out the optimal performance conditions for running the classic marathon distance of 42.195 kilometres (26.2 miles).

Beyond the ideal temperature around 12 degrees Celsius (53 degrees Fahrenheit) and the runner being small, "there are dozens of factors at play, from body type to physiological and biomechanical criteria," said Pierre Sallet, a performance expert from Athletes for Transparency, an organisation that promotes integrity in sport.

"How are we going to identify these parameters in these categories? How will we manage nutrition and altitude training as well as maximising form and energy to arrive on the day in the optimal psychological and physical condition?" Sallet asked.

"Endurance, the ability to create energy using oxygen," which is measured by a runner's VO2 max (Maximum Oxygen Uptake Capacity), and "motor efficiency", the body's ability to save energy, Pialoux said.

"Of these three factors, if we take the best data measured in the laboratory on different athletes, we arrive at times well below the limits predicted" by models based on the evolution of performance, he said.

An athlete who combines all the optimal conditions has yet to be found. When Ethiopia's Haile Gebrselassie broke his own world record in Berlin in 2008 he was 35 years old. But Pialoux said that VO2 Max decreases over time.

Within all these very human constraints, could doping be the evolution the models did not predict?

Should we fear the scenario imagined by Belgian philosopher Jean-Noel Missa, in which genetically enhanced athletes compete for corporations at the 2144 Brussels Olympics?

It's not time to panic yet, but Xavier Bigard, scientific advisor to the French Anti-Doping Agency (AFLD) said there are several causes for concern, including exercise pills that could be used "increase the effects of training," and EPO doping, which increases oxygen absorption, allowing athletes to run harder and faster without tiring.

While stem-cell therapy may sound futuristic, it has already been used in some sports to help heal injuries.

It is genetic doping that seems to loom largest over the future of cheating in sports.

Doctors have for years been experimenting with ways to inject synthetic genes into patients, altering an individual's genome to enhance muscle recovery or stem muscle deterioration, among other benefits.

These techniques could hypothetically give athletes a huge advantage.

But "the identity card of a muscle fibre is based on thousands of genes, we cannot change them change them all," said Bigard, adding the "human machine is very complex".

"The transformation of man into an animal capable of running a marathon in one hour and 40 minutes would take a long time, if it is possible, and there are an incalculable number of scientific limits," said Sallet.

And, he added, "there will always be one limit: keeping the person alive."