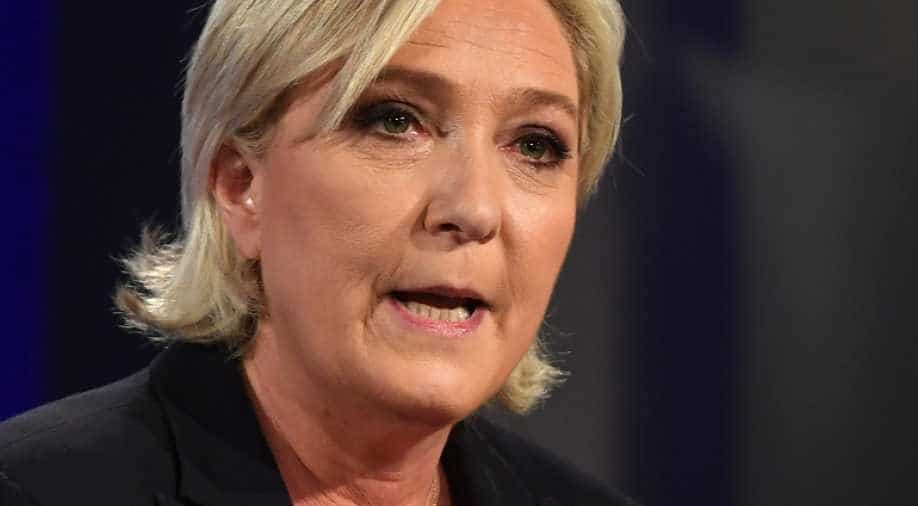 Le Pen said her score made the National Front the country's 'biggest opposition force' and that she would lead the party in the June parliamentary elections. Photograph:( AFP )

But, she added, her National Front (FN) party needed to undergo a "profound transformation" in order to create a "new political force."

Estimates based on partial results showed Macron winning 65-66.1 percent of the vote compared with 35-33.9 percent for Le Pen.

Le Pen said she had called Macron to wish him success.

"I called Mr Macron to congratulate him on his election, and because I have the country`s higher interest at heart I wished him success faced with the huge challenges France is facing," she told supporters at a post-election FN gathering in Vincennes near Paris.

The 48-year-old nationalist said her score made the FN the country`s "biggest opposition force" and announced she would lead the FN into June general elections.

Le Pen said the contest against the pro-EU Macron had confirmed a new faultline "between patriots and globalists".

But the FN would have to "profoundly renew itself to be equal to this historic opportunity and the expectations expressed by the French in this second round," she warned.

"I suggest we begin a profound transformation of our movement to create a new political force," she said, adding: "I call on all patriots to join us."