Israel shoots down 2 out of 3 rockets fired from Gaza 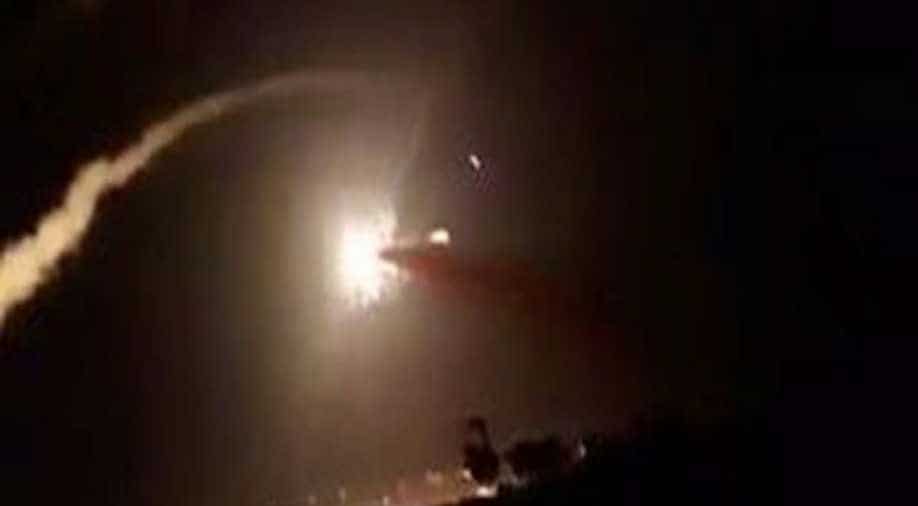 This comes a day after 77 Palestinians were killed following clashes with Israeli soldiers in Gaza Strip, the territory's Health Ministry said.

Israel on Saturday said that it has shot down two out of three rockets fired from the Gaza strip.

"Three rockets were fired from #Gaza at #Israel, two of them were intercepted by the Iron Dome Aerial Defense System. This is the second consecutive night rockets have been fired from Gaza at Israeli civilians," the Israel Defence Forces (IDF) wrote on Twitter.

Earlier in the day, sirens were heard in several Israeli settlements.

The launches from Gaza continued for the second day in a row, reported Sputnik.

This comes a day after 77 Palestinians were killed following clashes with Israeli soldiers in Gaza Strip, the territory's Health Ministry said.

The Gaza Strip has witnessed massive protests for over a year.

Since last year, the Palestinians have been staging weekly demonstrations demanding an end to Israel's 12-year blockade of the Gaza Strip, which has affected nearly two million people from getting access to basic needs.

Around 270 people have died and a thousand others injured in clashes with Israeli forces in the Gaza protests.

For decades, Israel has conflicted with Palestinians, who have been seeking diplomatic recognition for their independent state on the territories of the West Bank, including East Jerusalem, which is partially occupied by Israel and the Gaza Strip.