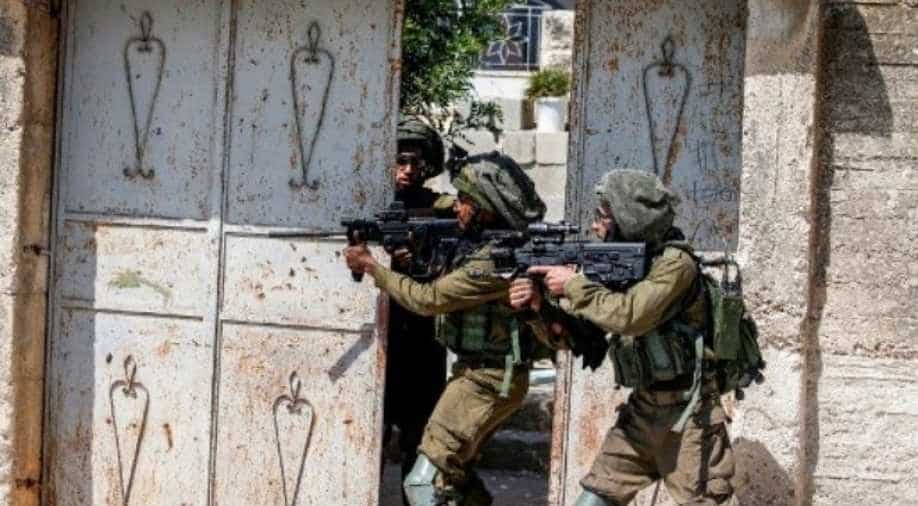 Clashes broke out during the demolitions, the army said, with Palestinians hurling 'rocks and burnt tyres at troops'.

Israel on Thursday demolished the West Bank homes of four Palestinians accused of a deadly attack, sparking clashes with stone-throwing protesters, the army and an AFP journalist said.

The houses in the village of Beit Kahil near Hebron in the occupied West Bank were home to men who were "part of the squad that carried out the stabbing attack" which killed an off-duty soldier in August, the army said.

Clashes broke out during the demolitions, the army said, with Palestinians hurling "rocks and burnt tyres at troops".

Residents stared at piles of concrete after bulldozers reduced one house to rubble, an AFP photographer said.

After the demolitions one Palestinian died in a car accident at a junction near Hebron.

Palestinian official news agency Wafa said his car was hit by an Israeli military bulldozer, but the army said he drove into the stationary vehicle.

"A Palestinian vehicle deviated off the road and hit the (Israeli military) vehicle, which had stopped on the side of the road," an army spokeswoman told AFP, without confirming the death.

Wafa named the dead man as Mohammed al-Nawajaa, saying his son was also injured in the incident.

In August, off-duty soldier Israeli Dvir Sorek was ambushed and killed, and his body was dumped near a settlement in the West Bank.

He had been studying at a Jewish seminary in the settlement.

Israel routinely demolishes the homes of those accused of carrying out attacks.

It argues that such measures act as a deterrent, but critics say it amounts to collective punishment.