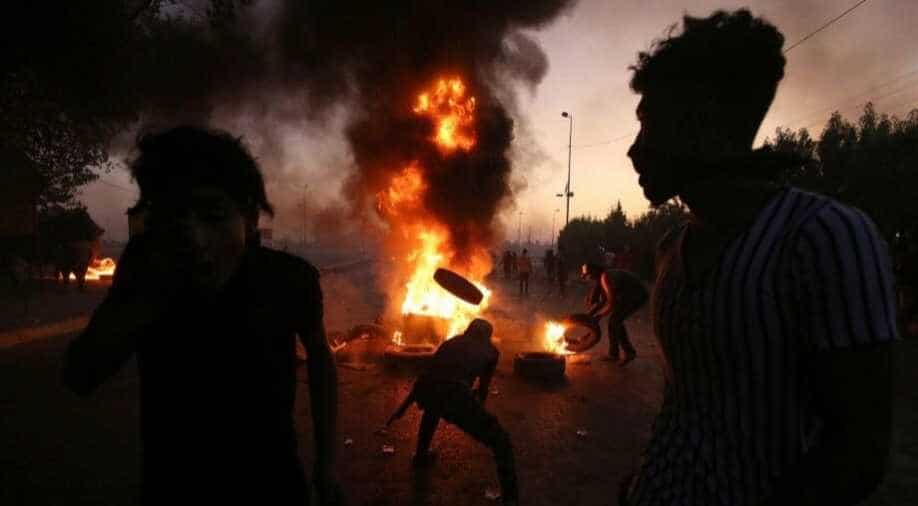 'Excessive force outside the rules of engagement was used and we have begun to hold accountable those commanding officers who carried out these wrong acts,' the military said in a statement.

Iraq's military admitted on Monday that "excessive force" was used in a district of the capital overnight where a mass protest led to clashes that medics and security forces said left 13 people dead.

"Excessive force outside the rules of engagement was used and we have begun to hold accountable those commanding officers who carried out these wrong acts," the military said in a statement.

It was the first time since protests broke out on Tuesday that security forces acknowledged using disproportionate measures, while protesters had accused them of firing live rounds directly at them.

On videos distributed on social media of the late-night rally, protesters ducked in streets littered with burning tyres as heavy gunfire was heard.

In a statement distributed to journalists on Monday morning, the Iraqi military said Prime Minister Adel Abdel Mahdi had ordered, "all army units to withdraw from Sadr City to be replaced with federal police units."

He called on all forces to abide by the "rules of engagement" in dealing with rallies, it added.

In his only address to the protesters last week, Abdel Mahdi had insisted security forces were acting "within international standards" in dealing with demonstrations.

"The Prime Minister reviewed developments in the security situation and the return to normal life after the curfew was lifted, and confirmed that security forces had resumed control and stability had been restored," the statement said.

The statement said the government has put forward a package of reforms and will continue to provide more to meet the demands of the protesters.