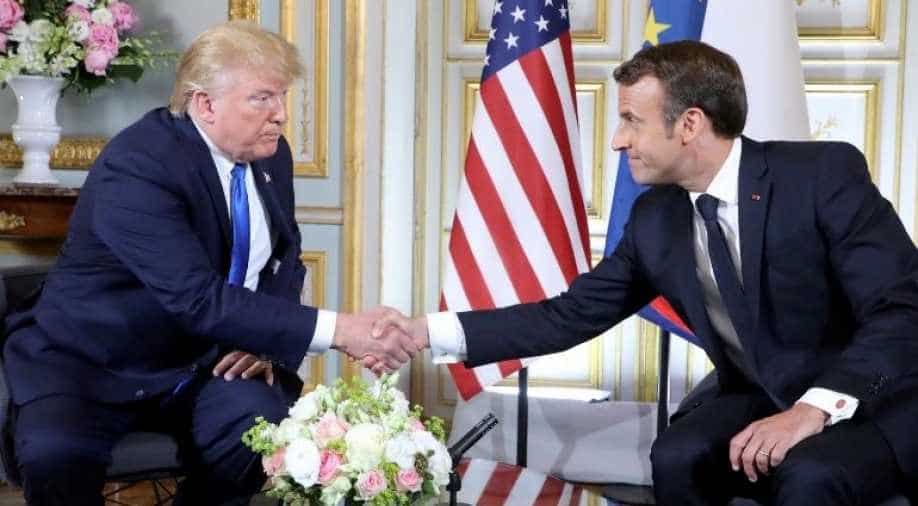 French President Emmanuel Macron had said a day earlier that Paris and Washington both wanted to stop Tehran getting nuclear arms and new talks should focus on curbing its ballistic missiles programme and on other issues.

Iran rejected French calls for wider international talks over its nuclear and military ambitions, saying on Friday it would only discuss its existing 2015 atomic pact with world powers, state TV reported.

French President Emmanuel Macron had said a day earlier that Paris and Washington both wanted to stop Tehran getting nuclear arms and new talks should focus on curbing its ballistic missiles programme and on other issues.

But Iran's foreign ministry said it would not hold any discussions beyond the 2015 pact which US President Donald Trump abandoned last year as he pressed for tougher restrictions.

"Under this circumstances, talking about issues beyond the deal ... will lead to further mistrust among the remaining signatories of the deal," foreign ministry spokesman Abbas Mousavi said in a statement.

The United States pulled out of the 2015 agreement - under which Tehran agreed to curb its nuclear work in exchange for sanctions relief- saying it was not permanent and did not do enough to control Iran's missiles and regional influence.

France and other European signatories to the deal have said they wanted to save it, but many of their companies have cancelled deals with Tehran, under financial pressure from the United States.

"The Europeans have so far failed to fulfil their commitments under the deal and ... to protect Iran's interests after America's illegal withdrawal," Mousavi added in his statement, according to state TV.

Trump said on Thursday that Iran was failing as a nation, under the pressure of his sanctions, and repeated his call for talks with the leadership in Tehran.

Mousavi dismissed Trump's comments as "repetitive, groundless and paradoxical” and said they did not merit a response.

However, Iran's pragmatist President Hassan Rouhani has signalled Iran's willingness to hold talks if the US showed its respect and returned to the nuclear accord.