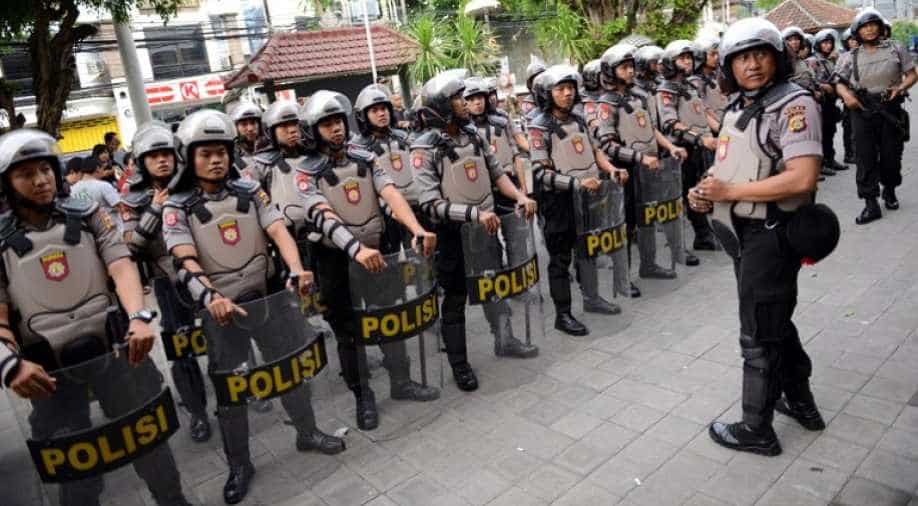 Several police and security personnel were deployed in Jakarta anticipating violence. People have been asked to stay indoors. Photograph:( AFP )

Several Indonesian police and security personnel have been deployed in capital Jakarta on Friday to prevent any violent outbreak during a massive protest against the Jakarta governor for allegedly insulting the Quran.

Purnama is a Christian and the first ethnic Chinese to become the governor of Jakarta.

Purnama, who plans on becoming the governor for the second term next year, has faced stiff opposition from Islamic groups.

Islamic groups have cited a Quran verse to urge people not to vote for Purnama as he is a non-Muslim. The verse that has been often quoted by the hardliners is sometimes viewed as a passage that tells Muslims not to be governed or led by a non-Muslim.

Some others, however, interpret the verse differently. They say it was penned during wartime and should not be taken literally.

On September 28, Purnama was filmed saying that those using the passage against him were "lying".

Islamic Defenders Front have had a running battle with Purnama. They believe that he should not have the chance to govern the Muslim-majority city.

Many companies have asked their employees to work from home.

Restrictions have been imposed in the main business centre of the capital city.

Foreign embassies like Australia and Malaysia have asked their citizens to remain indoors and stay safe.

Social media users were using hashtags on Twitter #wearenotafraid (#kamitidaktakut) and #peaceaction411 (#aksidamai411) to protest against the use of extremism.

Banners stating "Your religion or ethnicity doesn't matter, as long as you can do something good for everybody", were put up by few Indonesians on top of bridges calling for tolerance towards all religions.

On Thursday, President Widodo and Vice President Jusuf Kalla said that peace must be maintained and "everything and everyone should continue to work as normal".

Widodo's critics argue that the government has failed to contain religious and ethnic tensions in the country.