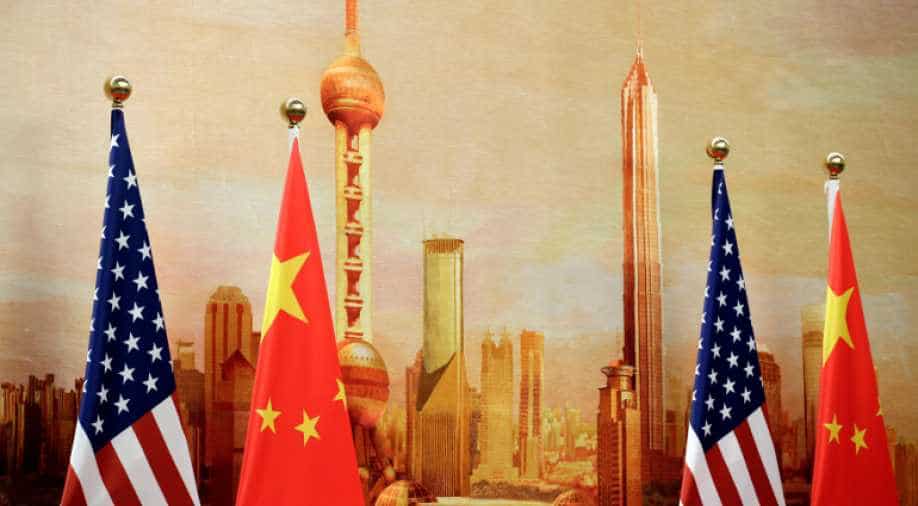 The International Monetary Fund does not see the threat of a global recession brought on by a widening US-China trade war and potential US tariffs on Mexican goods and autos, IMF Managing Director Christine Lagarde said on Wednesday.

The International Monetary Fund does not see the threat of a global recession brought on by a widening US-China trade war and potential US tariffs on Mexican goods and autos, IMF Managing Director Christine Lagarde said on Wednesday.

Lagarde told Reuters in an interview, however, that such escalating tariff threats were sapping business and market confidence, and could slow growth that is currently expected to improve next year.

"We don`t see a recession," Lagarde said when asked whether US President Donald Trump`s threatened tariff actions could turn global growth negative. "Decelerating growth, but growth nonetheless -- 3.3 per cent at the end of this year, and certainly a strong US economy. We do not see at the moment, in our baseline, a recession."

The estimate includes a recent US tariff increase to 25% on a $200 billion list of Chinese imports as well as Trump`s threat to tax another $300 billion worth of consumer imports, representing nearly all trade between the world`s two largest economies.

The IMF`s estimate does not include Trump`s threatened 5 per cent tariffs on goods from Mexico starting on Monday over immigration issues and ratcheting up monthly. Mexico has overtaken China this year as the largest US trading partner.

Lagarde called such actions "self-inflicted wounds" that must be avoided, a message she will take to a G20 finance ministers and central bank governors meeting in Fukuoka, Japan this weekend.

"One more tariff here, one more threat there, one more negotiation that has not yet started, add to a global uncertainty which is not conducive to additional growth," she told Reuters.

In a briefing note for G20 finance leaders, the IMF said that US tariffs and Chinese retaliatory measures currently in place could cut 2020 output 0.3 per cent, with more than half of that impact coming from negative effects on business confidence and financial market sentiment.

The IMF also on Wednesday cut its China growth forecasts for 2019 and 2020 due to the growing trade tensions. The Fund is due to release preliminary findings of its annual assessment of the US economy on Thursday.
The IMF is predicting 3.6 per cent global growth for 2020, but said this outlook is vulnerable to trade tensions, uncertainty over Britain`s exit from the European Union, and uncertain recoveries in some stressed economies such as Argentina and Turkey.

Asked whether the IMF needed to take a tougher stance against US tariff actions, Lagarde said the Fund had to keep presenting facts and economic research to tell leaders: "If you go in that direction, these are the consequences. It`s for political leaders and for policymakers to decide what is in their interest."

Lagarde said she would discuss the IMF review of its quotas and other financial resources with G20 policymakers in Fukuoka this weekend.

While the United States is opposed to increasing the Fund`s quotas, or voting shares, Lagarde said she has had good dialogues with US Treasury Secretary Steven Mnuchin about the need to maintain the IMF`s total lending war chest of about $1 trillion.

"Having gone through the crisis 10 years ago and knowing the power of the fire powder that you can commit, I think it`s critically important to give a signal that the capacity to commit $1 trillion today if there is a multiple-country crisis should actually be preserved," Lagarde said, adding she was confident that the IMF will find ways to maintain its crisis lending fund by an October deadline.