'I'm not a racist, I am the least racist person,' says Trump 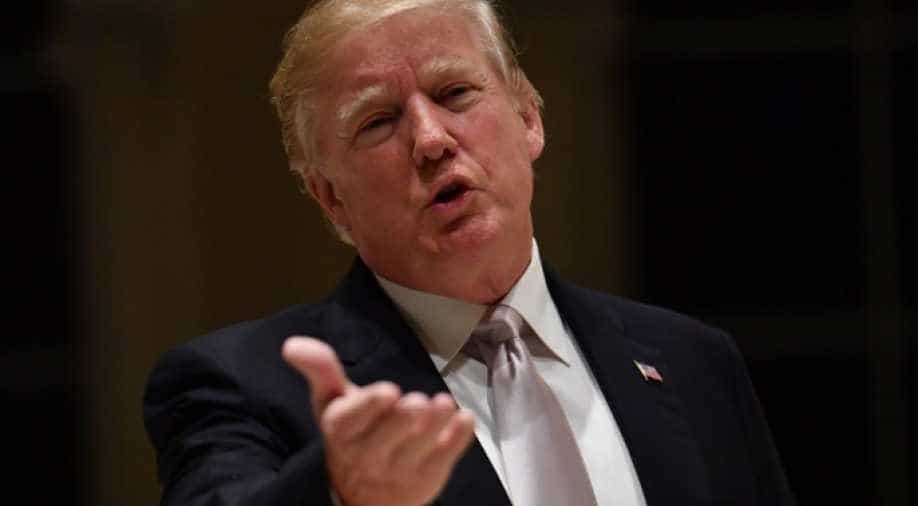 Trump had earlier said he would discontinue the DACA programme which shields deported children brought into the United States illegally by their parents. Photograph:( AFP )

After he allegedly called immigrants from Haiti, El Salvador and nations in Africa belonging to "shithole countries", US President Trump declared he is not a racist, adding that he is the "least racist person".

The US president was widely condemned for his reported remarks last week by lawmakers on both sides of the political spectrum. The president, however, defended himself during a meeting with reporters in Washington declaring that he is the "least racist" person even as debate continued on his alleged vulgar remarks.

"I'm not a racist. I am the least racist person you have ever interviewed, that I can tell you," the president said.

The alleged expletive came last Thursday during a meeting between Trump and legislators about immigration reform.

Trump had earlier said he would discontinue the programme which shields deported children brought into the United States illegally by their parents.

US district judge William Alsup last week had blocked Trump's move at scrapping the project saying it must remain in place while litigation over Trump's decision continues to unfold.

The DACA program which was authorised by former president Barack Obama has reportedly provided protection and right to work to nearly 800,000 young people.

Trump blamed Democrats for not being able to scrap the deal, saying: "Democratic lawmakers don't want security at the border," adding, "You got people pouring in. They don't want to stop drugs and they want to take money away from our military, which we cannot do."

United States president Donald Trump said that the scheme protecting immigrants brought to the US illegally as children is "probably dead."

The fund expired on Friday night with no final deal in place.