I believe in the future, we will meet in format like this: President Xi to Modi 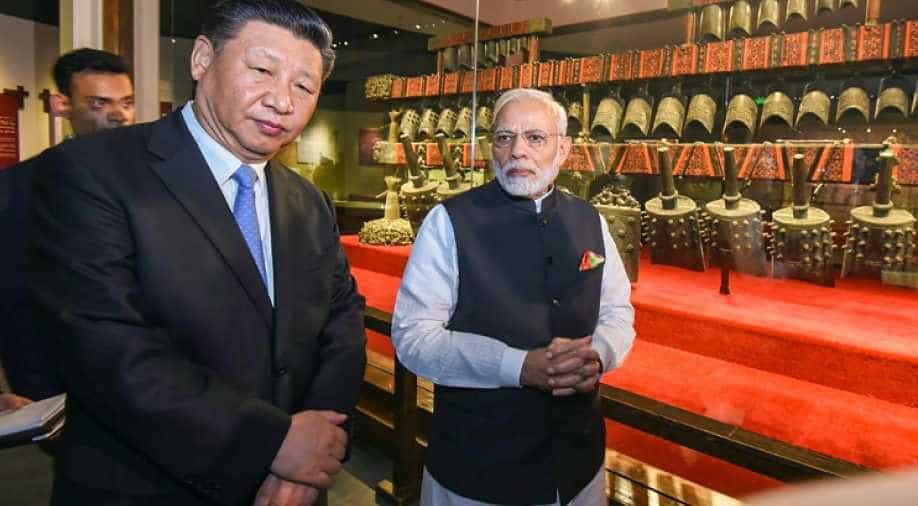 Modi and Xi shook hands, posed for photographs and witnessed a cultural programme at the museum before heading for one-on-one talks.

Prime Minister Narendra Modi and Chinese President Xi Jinping today held multiple meetings here as part of an unprecedented two-day informal summit to "solidify" the India-China relationship and exchanged views on how the two countries can work together for the benefit of their people and the world.

Also Watch:&nbspPM Modi on museum tour with Xi at Wuhan

The summit in Wuhan - the favourite holiday spot of revolutionary Chinese leader Mao Zedong - is being seen as an effort by India and China to rebuild trust and improve ties that were hit by the 73-day-long Dokalam standoff last year.

Prime Minister Modi who arrived in the central Chinese city early today for the summit began talks soon after President Xi hosted a grand welcoming ceremony for him at the Hubei Provincial Museum here.

"The two leaders had a one-on-one meeting during which they exchanged views on solidifying our bilateral relationship," Ministry of External Affairs spokesperson Raveesh Kumar said.

Modi and Xi shook hands, posed for photographs and witnessed a cultural programme at the museum before heading for one-on-one talks. Later, they held delegation-level talks accompanied by six top officials from each side. Xi also hosted a banquet for Modi at the state guest house by the famous East Lake.

During the talks, Modi offered to host the next informal summit with Xi in India next year. "I'll be happy, if in 2019, we can have such informal summit in India," Modi told Xi.

The Chinese president said he believes in future and they can meet in a format like this from time to time.

"I believe in the future, we will meet in format like this, from time to time. I look forward to in-depth communication with your Excellency, and ensure we can build common understanding and help to take the China-India relationship to the next level," Xi said.

Modi hailed the centuries old Sino-India ties and said the two sides have a "big opportunity" to work together for the benefit of their people and the world.

Modi also said the people of India felt proud that President Xi has twice received him out of the capital.

"I'm perhaps the first Prime Minister of India, for whom, you have come out of the capital (Beijing) twice to receive me," Modi said, referring to his visit to Xi'an - the hometown of President Xi - in 2015.

Xi told Modi that their meeting opens a new chapter for bilateral ties.

He emphasised the two sides should look at the big picture of China-India relationship from a strategic angle and ensure their relationship continues to move forward in a positive direction.

"The friendship between the two countries should continue to grow like the Yangtze and Ganges flowing forward forever," China's state-run CCTV quoted Xi as saying.

"We see a fast pace and bright future for China-India cooperation," Xi told Modi, who is in China on his fourth visit after he came to power in 2014.

"China and India need to maintain a strong focus on national development, deepening mutually beneficial cooperation, work together for our respective national revitalisation to build the stability, development, prosperity and make positive contributions for global peace and development," Xi said, adding that in the past five years China-India relations have maintained a good momentum.

He said the two countries have established closer partnership and their exchanges and cooperation have made positive progress.

"India and China have a combined population of 2.6 billion which provides enormous potential for development. Our two countries' influence in the world and region is steadily on the rise, looking ahead we see a fast pace and bright future for China-India cooperation," Xi told Modi.

"As we meet, the international security is at a crucial period of adjustment. China and India are both important engines for global growth and we are central pillars for promoting a multi-polar and globalised world. A good China-India relationship is an important and positive factor for maintaining peace and stability in the world," he added.

Xi's comments assume significance as it came at a time when the US and other major economies have taken a number of protectionist measures.

The Trump administration has recently announced hefty import tariffs on aluminium and steel besides about $50 billion worth of Chinese imports across 1,300 categories of products to counter China's trade practices.

India maintains that protectionism in all its forms should be rejected and favours an economic globalisation which is more open, inclusive and equitable.

Modi and Xi also visited an exhibition of Marquis Yi of Zeng Cultural Relics & Treasure at the museum.

The two leaders will resume their one-on-one interaction tomorrow with walks by the lakeside, boat ride and wind up their talks over lunch.

The two leaders began their informal meetings way back in 2014 when Xi was hosted by Modi at the Sabarmati Ashram of Mahatma Gandhi in Gujarat. They have met and interacted with each other in about a dozen international meetings since then.

But this will be their "heart-to-heart" informal summit. There will be no agreement signed or a joint statement issued.