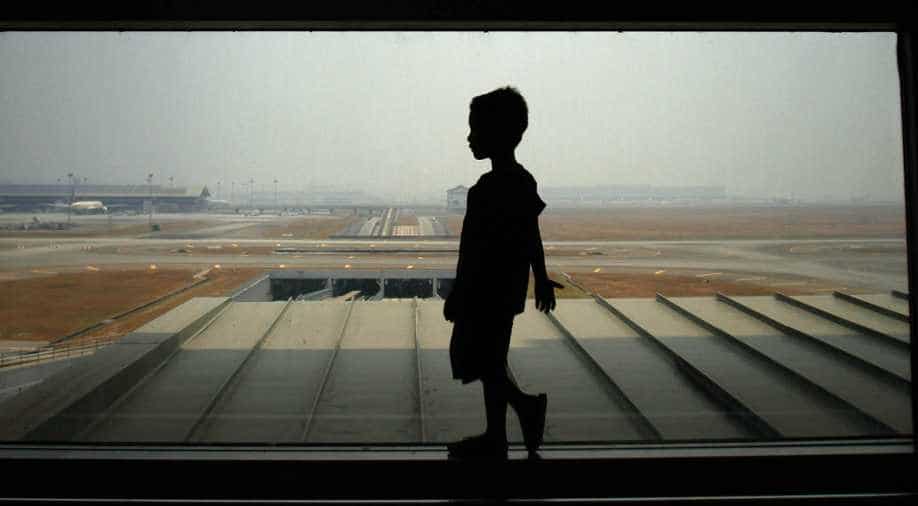 The Malaysian government doesn't publish child sexual abuse data is because it is protected under Malaysia's Official Secrets Act. The government provides data on child abuse only at the request of a member of parliament. Photograph:( Getty )

Most complaints of child sexual abuse in Malaysia do not lead to successful prosecutions, largely due to weaknesses in the nation's criminal justice system, police, lawmakers and child welfare groups say.

According to classified data Malaysian police compiled and shared with Reuters, 12,987 cases of child sexual abuse were reported to police between January 2012 and July of this year. Charges were filed in 2,189 cases, resulting in just 140 convictions.

A veil was lifted in June when a British court handed Richard Huckle 22 life sentences for abusing up to 200 babies and children, mostly in Malaysia, and sharing images of his crimes on the dark web.

The reason the Malaysian government doesn't publish child sexual abuse data is because it is protected under Malaysia's Official Secrets Act. The government provides data on child abuse only at the request of a member of parliament.

"We don't want people to misinterpret it," said Ong Chin Lan, the head of the Sexual, Women and Children Investigation Division of the Malaysian national police. The government doesn't want to unduly alarm the public about possibly high numbers of child abuse cases, she explained.

It is unclear how Malaysia's number of reported cases compares with its neighbours, some of whom are also reluctant to disclose a high incidence of child sexual abuse.

Thailand's government declined to provide data to Reuters. A senior health ministry official, who did not want to be identified, said it could "make Thailand look bad".

Cambodia, long known as a destination for travelling paedophiles, also does not disclose official data.

Weak policing and child protection laws make it difficult to punish child abusers in Malaysia, leading to inadequate investigations and low convictions on the reported cases, according to officials and child welfare groups Reuters interviewed.

They also say a significant number of child sexual abuse cases are never reported because of taboos around child sex abuse and mistrust of authorities.

In 17 years of operation, PS the Children, Malaysia's biggest NGO dealing with child abuse, has seen zero convictions on the cases it has handled, its founder Madeleine Yong told Reuters.

"There needs to be improvement in the criminal justice system if we want to encourage more people to report, otherwise we will re-victimize the child," she said.

Ong at the sexual crimes unit said police take every case of child sexual abuse seriously and "all cases are investigated in detail".

Police blame weak laws and rules governing court evidence that give little weight to children's testimony as the reason most cases never result in charges.

Malaysia does not have a law specifically prohibiting child pornography and defines rape narrowly as penile penetration. "Grooming" - touching and befriending children as a prelude to sexual abuse - draws no legal penalties.

A Child Sexual Crimes bill, expected to be introduced to parliament by the end of the year, would widen the definition of sexual crimes to include online abuse, and make such crimes easier to prosecute. It would also set up a special court to deal with child sex abuse cases more quickly.

Foreign paedophiles could be targeting Malaysia as other countries around the region strengthen child protection laws and step up enforcement, some experts said.

Snow White Smelser, programme officer at the child sex offences team in the United Nations Office on Drugs and Crime's (UNODC) East Asia headquarters in Bangkok, said paedophiles compare notes and share information online about countries, where they can operate most freely.

Elena Martellozzo, a London-based criminologist who specialises in child sex abuse on the internet, said Huckle could have chosen Malaysia "because it was not on the radar, or perhaps it's where he found it easier to get work permits, visas and some work opportunities".

Typically, children are sexually abused by someone they know - a neighbour, a relative, a caregiver, or someone like Huckle, who according to court testimony groomed children in an impoverished ethnic Indian neighbourhood in Kuala Lumpur.

But increasingly, paedophile activity is moving into the online world, police say.

Australian detectives who investigate paedophiles in the region believe Malaysia has become one of Southeast Asia's biggest centres for the transmission of child pornography on the Internet.

Team Argos, the Australian detective unit that found Huckle in the dark web in late 2014, made a startling discovery from the team's scouring of online paedophile networks: the unusual number of internet addresses in the Kuala Lumpur area transmitting child sexual abuse material from the dark web.

The dark web is a vast virtual space within the Internet, which requires special encryption tools to access.

The Brisbane, Australia-based detectives found 1,000 transmissions of child pornographic materials from the Malaysian capital over a 24-hour period last year, according to Argos data provided by the UNODC.

It was the second-largest transmission location in Southeast Asia after Bangkok's 1,800 - Bangkok's population of 8.2 million is more than four times that of Kuala Lumpur's.

The Malaysian capital is a "high concern" location for the distribution of child sexual abuse materials, said Smelser at the UNODC.

Ong at the child sex crime unit said Malaysian police can't properly monitor the encrypted paedophile networks. "We do not have expertise in handling the dark web. We get alerted from our counterparts overseas," she said.