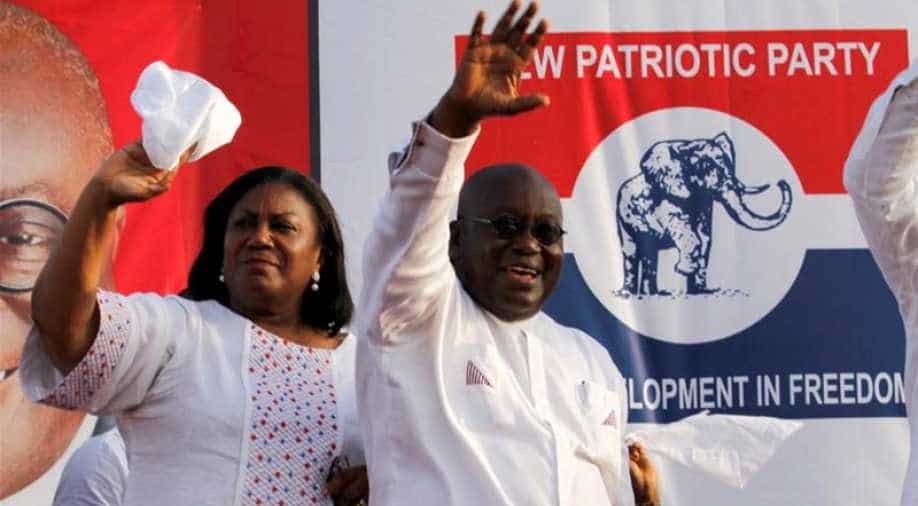 Ghana's main opposition leader Nana Akufo-Addo has won the Western African country's presidency on his third run for the office with an absolute majority over President John Mahama, Reuters reported.

A few minutes ago, I received a call from President @JDMahama congratulating me on winning the 2016 Presidential Election. #ChangeHasCome

Meanwhile. Mahama asked his supporters to maintain calm. He said whatever the result is, he would accept it.

The country's election commission said Akufo-Addo received 53.8 per cent of the vote, Mahama 44.4 per cent.

Mahama became president in July 2012 after the sudden death of the incumbent leader and then was elected to the position later that year.

Akufo-Addo’s campaign revolved around his New Patriotic Party (NPP) which he said could better manage an economy that has slowed since Mahama took power in 2013.