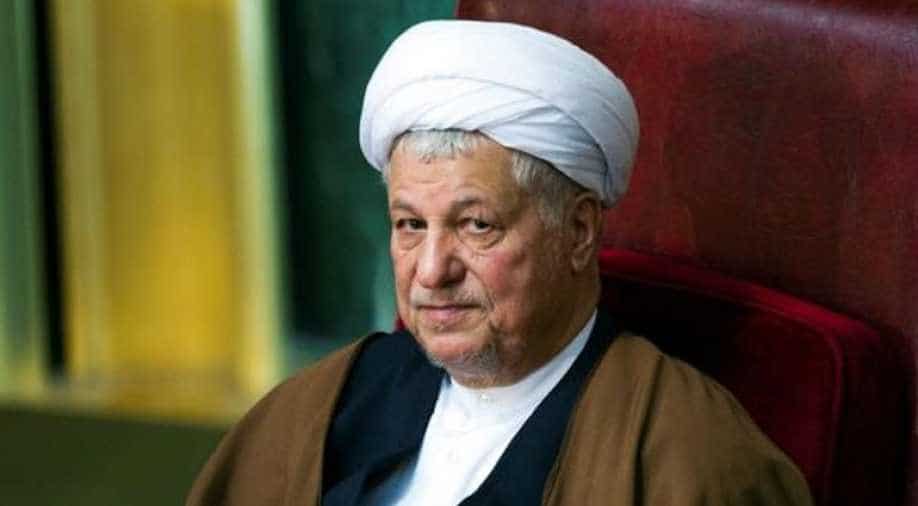 In a sign of mourning, state television channels carried a black banner on a corner of screen. Photograph:( Reuters )

"Ayatollah Hashemi Rafsanjani was taken to hospital after heart attack and more than an hour long efforts by doctors to revive him were not successful," the deputy minister of health was quoted by Fars news agency as saying.

Rafsanjani was a pivotal figure in the foundation of the Islamic republic in 1979, and served as president from 1989 to 1997.

According to the official IRNA news agency, the government announced three days of mourning.
All state television channels carried a black banner on a corner of screen.

Tributes poured in from Iran’s leadership, including President Hassan Rouhani.

"The soul of the great man of the revolution and politics, the symbol of resistance and perseverence, ascended to heaven," he wrote on Twitter.

His death is a big blow to moderate president Hassan Rouhani five months before a presidential election.

His funeral will be held in Tehran on Tuesday, according to Reuters.