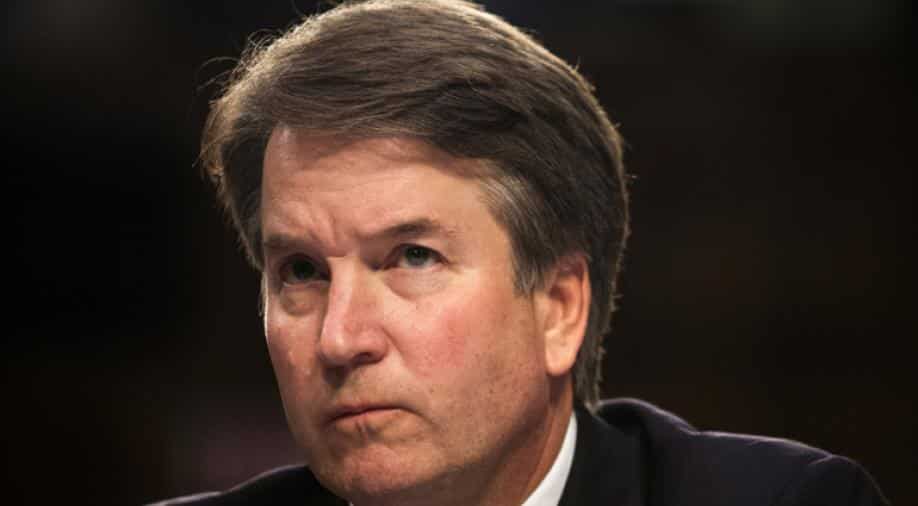 The comments came days after the FBI opened a Senate-requested probe into allegations by three women that a drunken Kavanaugh sexually abused them or engaged in sexual misconduct while they were students in the 1980s.

"I can unequivocally say that in denying the possibility that he ever blacked out from drinking and in downplaying the degree and frequency of his drinking, Brett has not told the truth," Chad Ludington told reporters.

The North Carolina State University professor, who said he had contacted the FBI with his information, indicated in a statement Sunday that Kavanaugh was "belligerent and aggressive" when he drank.

Earlier, Trump had defended his pick but admitted that the appeals court judge has had a "bit of difficulty" with alcohol.

In a White House press conference, the US president sought to excuse excessive drinking by teenagers, while going beyond Kavanaugh's own testimony on his past use of alcohol to the Senate Judiciary Committee last week.

"I was surprised at how vocal he was about the fact that he likes beer," the president said.

"He's had a little bit of difficulty. He talked about things that happened when he drank. This is not a man that said... he was perfect with respect to alcohol."

"I think it's very unfair to bring up things like this," Trump said.

"I graduated from high school and while I did not drink, I saw a lot of people drinking," he said.

"They drink beer and go crazy and they were in high school... Does that mean that they can't do something they want to do in their life?"

He returned to the theme during a campaign rally in Tennessee, where he accused opposition Democrats of being motivated by politics.

"They have been blind in a blind rage ever since they lost the 2016. They have gone loco," he told supporters.

In Thursday's extraordinary hearing, Kavanaugh vehemently denied the sexual abuse allegations, and also aggressively challenged suggestions he had a drinking problem at the time.

"I drank beer with my friends. Sometimes I had too many beers," he told the panel.

The New York Times also reported that Kavanaugh was questioned but not charged by police after a 1985 bar fight in New Haven, Connecticut where he was accused of throwing ice on a fellow patron.

A witness said that a friend of Kavanaugh's then threw a glass that hit the same patron in the ear, causing bleeding.

US media meanwhile reported that the FBI had begun their interview of Mark Judge, Kavanaugh's former best friend and a key figure in the misconduct allegations leveled by Christine Blasey Ford.

Judge's interview started but "has not been completed," his attorney said in a statement quoted by Fox News.

In last week's hearing, Blasey Ford said Judge witnessed Kavanaugh's alleged assault and jumped on top of them as it happened, sending all three tumbling and allowing her to escape.

Trump meanwhile said the White House would not restrict the new FBI probe, requested by senators before they take a final vote on Kavanaugh.

"I think the FBI should do what they have to do to get to the answer," Trump said.

"I want it to be comprehensive... With that being said, I would like to go quickly," he added.

Senators, including Republican Jeff Flake, struck a deal Friday that gives the FBI one week to conduct its investigation and deliver its report.

Senate Majority Leader Mitch McConnell said the Senate, made up of 51 Republicans and 49 Democrats, will be "voting this week" on advancing the Kavanaugh nomination, setting up a possible final confirmation vote this weekend or early next week.

"The time for endless delay and obstruction has come to a close," McConnell said.

Last week, Flake expressed eagerness to see Kavanaugh confirmed but said he wanted a "better process" for assessing the allegations. Flake said over the weekend that he would vote for Kavanaugh unless the FBI finds something in its investigation.