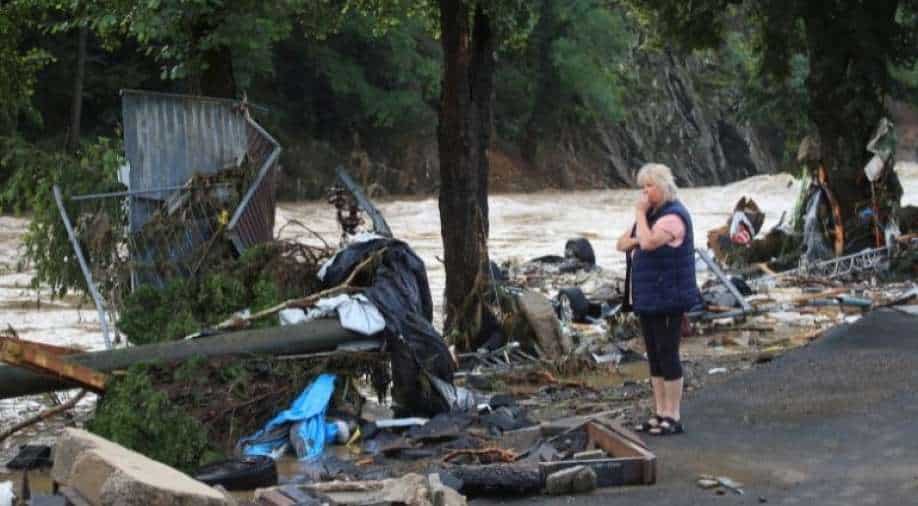 The question that arises here, is global warming responsible for all of these different, isolated events across the world

With extreme weather killing more than 150 people in Europe and searing heat across parts of North America, the debate around climate change has grown more fierce in recent weeks.

But can global warming really be blamed for these very different, isolated events in different parts of the world?

According to Jean Jouzel, a climatologist and former vice-president of the Intergovernmental Panel on Climate Change (IPCC), there is a "plausible" link, though it has not been proven yet.

"Unfortunately, we are in the early stages of global warming, and what lies ahead will be even worse," he told AFP.

"We must not kid ourselves that climate change is limited to a few isolated disasters or to one region or time period."

In Europe, masses of air loaded with water were blocked at high altitudes by cold temperatures, leading them to stagnate for four days over the region and dump torrents of rain, Jouzel said.

"The phenomenon is familiar to meteorologists, but it has been 100 years since it last occurred on this scale," he said.

"In just two days, the region saw the same amount of rainfall it would normally experience in two or three months -- the kind of event that might sometimes be seen in Mediterranean climates in the autumn, but not at these latitudes."

Scientists will now have to analyse the event to determine precisely why it happened, he said.

"Science takes time, but I believe we will have an answer soon enough," he said.

As to whether global warming was directly responsible for the catastrophe, the expert said: "We have our suspicions, but they are not scientific facts. We have to take the time to analyse the event."

On the other hand, the IPCC has for some time been predicting an intensification of extreme events of this kind, particularly rainfall, he points out.

"Scientists have already observed a sharp increase in extreme precipitation over the last 20 years, particularly in the Mediterranean," he said.

'Not up to the task'

"It is clear that if more water evaporates because it is warmer, that will technically lead to more precipitation and more episodes of violent rainfall."

There is a real risk that events like this will increase in the coming years and decades, Jouzel believes.

If the Earth's temperature rises by three or four degrees, events like droughts, heatwaves and floods will become more frequent and intense, he said.

Having the right infrastructure to deal with such events will then be the only way to avoid human tragedy -- such as the devastating effects of recent 50 degrees Celsius (122 degrees Fahrenheit) temperatures in Canada.

"I don't think there is enough awareness, and I'm not sure that people understand the seriousness of the problem. The political decision-makers, in particular, are not up to the task," Jouzel said.