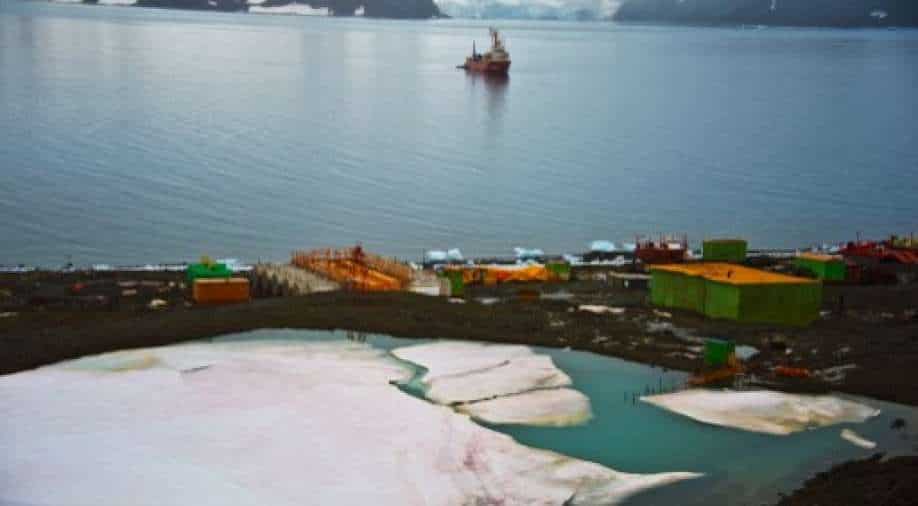 View from a hill of the Brazilian Comandante Ferraz Antartic station Photograph:( AFP )

Canada issued heatwave alerts in British Columbia, Alberta, and parts of Saskatchewan, Manitoba, Yukon and the Northwest Territories warning hot conductions will persist through this week.

As an unprecedented heatwave ripped across the United States and Canada, the UN on Thursday recognised a new record high temperature for Antarctica at 18.3 degrees Celsius (64.9 degrees Fahrenheit) which occurred last year.

"Verification of this maximum temperature record is important because it helps us to build up a picture of the weather and climate in one of Earth's final frontiers," Petteri Taala, UN's World Meteorological Organization secretary-general said.

The previous highest temperature recorded in Antarctica was in 2015 at 17.5C (63.5F) at Esperanza.

"The Antarctic Peninsula is among the fastest-warming regions of the planet -- almost 3C over the last 50 years," Taala said while adding, "the new temperature record is therefore consistent with the climate change we are observing."

Several areas were evacuated in Lytton as wildfires spread rapidly. The heatwave has since continued to move eastward into the central Canadian prairies.

Eugene in the western United States recorded 105 degrees Fahrenheit (41 degrees Celsius). Portland in the United States also fell to the baking Sun as Amazon opened part of its Seattle headquarters to the public as a cooling-off location.

Canada issued heatwave alerts in British Columbia, Alberta, and parts of Saskatchewan, Manitoba, Yukon and the Northwest Territories warning hot condictions will persist through this week.

World Meteorological Organization said an "exceptional and dangerous heatwave" is breaking in the northwestern United States and western Canada.

The US desert southwest and California had also experienced heatwaves. The UN informed that other parts of the northern hemisphere have also been hit with exceptional early hot summer conditions, including north Africa, the Arabian Peninsula, eastern Europe, Iran and the northwestern Indian continent.