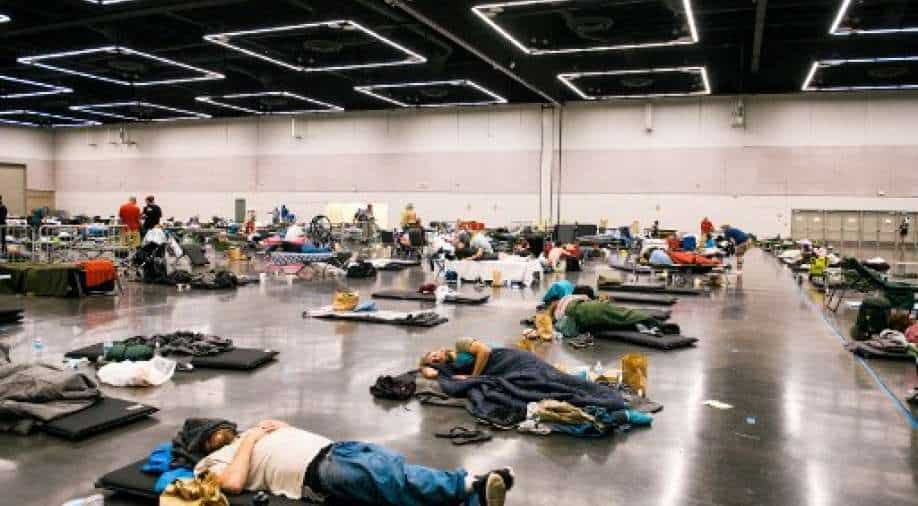 "We've had heat waves before, but not to this extent," said Lou, who provided only her first name. "I'm shocked by how many deaths there have been."

Inside one of Vancouver's 25 air-conditioned cooling centers on Wednesday, visitors quietly read books or worked on laptops as the death toll in Canada's British Columbia province rose into the hundreds from a record-smashing heat wave.

"We've had heat waves before, but not to this extent," said Lou, who provided only her first name. "I'm shocked by how many deaths there have been."

"I have no air conditioning, only a fan at home -- I came here just to work where it's cool."

Canada's westernmost province has been scorched for days by record-smashing heat that reached 49.5 degrees Celsius (121 degrees Fahrenheit) in Lytton, three hours northeast of Vancouver, on Tuesday, surpassing its own previous all-time Canadian record a day earlier.

The heat has killed scores of residents, with the toll rising "by the hour," police said Tuesday, while meteorologists warned of more extreme temperatures to come.

Among those being mourned was the mother-in-law of infectious diseases expert Tara Moriarty, who said the otherwise healthy senior was afraid to seek respite from the heat because she was only half-vaccinated for Covid-19.

"It's quite devastating," Moriarty said on Twitter. "My partner's healthy mom died of heat stroke in British Columbia (Sunday) night.

"Heat stroke can kill very fast. If you have family, neighbours, friends afraid to seek cooler places (because of) Covid, check on them every couple of (hours) when it's really hot."

"While it is too early to say with certainty how many of these deaths are heat related, it is believed likely that the significant increase in deaths reported is attributable to the extreme weather British Columbia has experienced and continues to impact many parts of our province," the coroner's service said in a statement.

"We've never experienced anything like this heat in Vancouver," police Sergeant Steve Addison said, "and sadly dozens of people are dying as a result of it."

Vancouver cancelled schools for extreme heat for the first time, while firefighters turned their hoses on anyone in need of cooling.

"It's been super hot in our house, we have really had to rely on friends to give us fans," said Ashley Vaughan, walking with her three children as temperatures began to cool slightly Wednesday. "My kids have been miserable; there was a lot of crying because it was so hot."

Meteorologists said the extreme weather is the result of an extreme heat dome above the Pacific Northwest, a normal summer phenomenon -- but never this hot or early.

"This particular event is completely consistent with the science of climate change: more intensive heat waves, of a longer duration, more extreme heat, earlier in the season," Terri Lang, a meteorologist with Environment Canada, told AFP.

"People in the meteorological community -- weather forecasters and climatologists -- are all holding our breaths looking at the numbers. They're alarming."

Peter Lohuaro, 70, was forced to stop cycling because of dangerously high ground-level ozone, prompting public warnings to stay indoors; but he said the heatwave also helped his joints.

"It's unprecedented -- I've travelled to hot places like Death Valley (in California) and this was hotter," Lohuaro told AFP at a city cooling centre.

"For people who live in apartments without air conditioning or facing south, a lot had to go rent hotel rooms or really suffer."