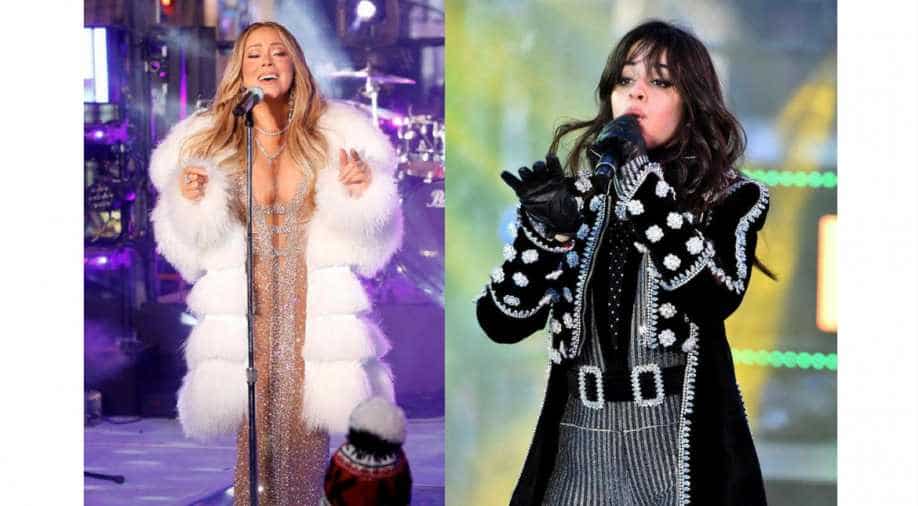 Times Square lit up on Sunday night with the best of musical talent wowing the crowds of Manhattan, New York City.

It was quite something to watch Mariah Carey return to the stage after last year's mishap. She sang not one, but two songs for the freezing crowd on New Year's Eve. She performed a medley of "Vision of Love" and "Hero" and even made the crowd burst into laughter with a joke at her expense saying to the audience that the night was a "disaster" because she didn't have her hot tea.

"They told me there would be hot tea," she said.

????????????
Festive even in single digits! See you tonight, everybody!! @NYRE #RockinEve #HappyNewYear pic.twitter.com/edR6fYSvbv

Camila Cabello song danced to "Havana" while Shawn Mendes sang his hit song "There's Nothing Holding Me Back" At the Rockin' Eve stage in Los Angeles.

'There's Nothing Holding Me Back' from @ShawnMendes! ?? He's back on the #RockinEve stage! #RockinShawn pic.twitter.com/mdczfJ0883

To add to the list, singers Kelly Clarkson, Kane Brown, BTS, Fitz and The Tantrums, Khalid with Marshmello, Charlie Puth, Florida Georgia Line, Halsey, Portugal. The Man, and Hailee Steinfeld were also seen on the stage in Los Angeles.

There also Imagine Dragon, Alessia Cara among a few others who performed.

Nick Jonas hit the Times Square stage with an amazing medley of "Home," "Close" and "Jealous."

.@nickjonas is heating up Times Square with his medley of 'Home' 'Close' and 'Jealous' ??????#RockinEve pic.twitter.com/cpWTI7sU6i