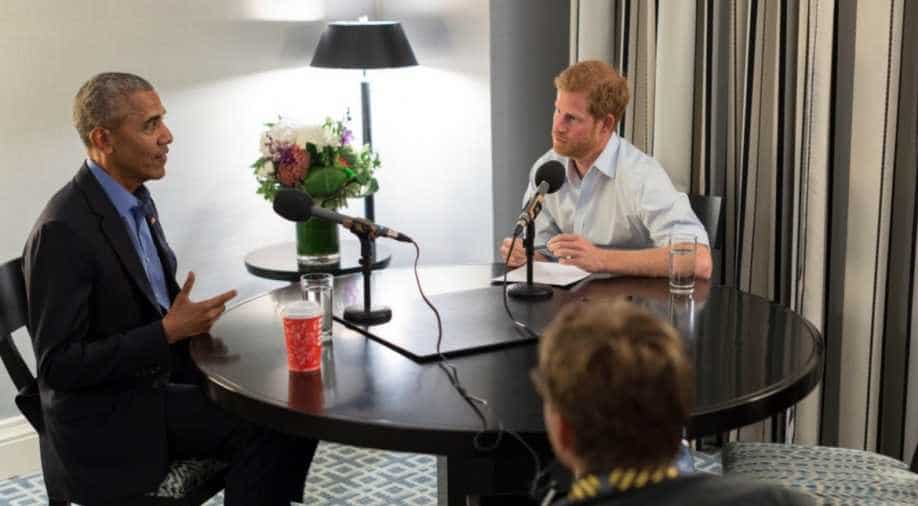 In a video making rounds on the internet, Prince Harry of Wales can be seen interviewing former US President Barack Obama.

Prince Harry interviewed Obama for a BBC Radio 4 show as part of a guest editor gig for the station. According to Kensington Palace, the interview focuses on Obama’s final day in office and his post-presidential plans, which include his initiatives through the Obama Foundation.

Prince Harry's guest editorship of @BBCRadio4 Today programme on the 27th December will feature an interview with former US President @BarackObama. The interview focuses on their shared interest in building platforms for the next generation of young leaders. pic.twitter.com/HaBaW0F5pM

Kensington Palace posted a preview of the interaction on its official Twitter page while the full interview will air on BBC Radio 4 on December 27.

Here is a sneak preview of when @BarackObama met Prince Harry for the interview. Listen to the full interview on 27th December on @BBCr4today. pic.twitter.com/p5I1dUdyhx

The interview was conducted when the two were at the Invictus Games in Toronto in September.

The duo's friendship dates to the month of May when Obama visited Prince Harry at Kensington Palace, where they discussed “a range of shared interests,” including empowering young people and the goals of their foundations, according to the palace.

Obama had even congratulated Prince Harry and Meghan Markle on Twitter after the couple announced their engagement last month.