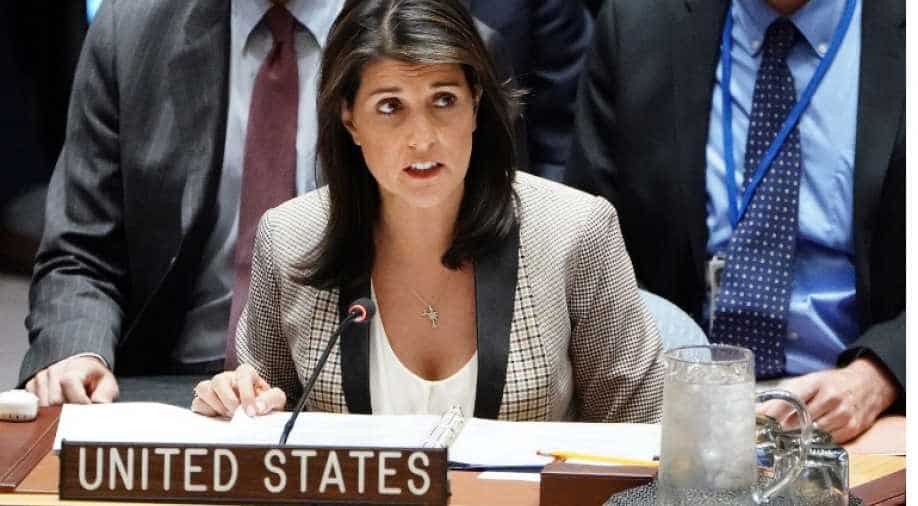 Supporting President Donald Trump's decision to close the Chinese consulate in Houston, Nikki Haley alleged that these consulates have been "spy centres" for a long time.

China under President Xi Jinping has become more aggressive and bullish, former US Ambassador to the United Nations Nikki Haley said on Tuesday, asserting that such a behavior is unlikely to last long.

Indian-American Nikki Haley, in an interview to Fox News, said the Chinese were quiet and strategic during her tenure at the UN. They moved and made sure that they were trying to get positions in certain areas, and trying to get things done behind closed doors, she said.

With their Belt and Road initiative, the Chinese started really trying to buy up these infrastructures or partnering with smaller countries on infrastructure projects, she said.

"But yet they go in, they wouldn't assimilate with the countries. The countries didn''t like their attitude when they were coming in. Now we look at it, it's getting more aggressive in tone," said Haley, who resigned as UN ambassador in 2018 after nearly two years in the post.

"But this can't last. You know, any country that is not letting its people be free, there will be a time when the people rebel. So right now they''re continuing to push, they''re continuing to put pressure on Hong Kong, as we''ve seen. We''re starting to see the pressure go to Taiwan, the South China Sea, in India. All of this is them playing kind of a king of the mountain scenario," Haley said.

She said the US needs to "let them know we''re on to them, we need to actually follow through on the intellectual property measures that were in that trade deal that we had and hold them accountable."

"We need to make sure we continue to let them know we''re building up our military so that they know not to mess with us. We need to make sure that our American companies understand that when you do business in China, you are required to work with the Chinese military. That is a national security threat to America. And we really need to have those conversations with those Americans," Ms Haley said in response to a question.

Supporting President Donald Trump's decision to close the Chinese consulate in Houston, Ms Haley alleged that these consulates have been "spy centres" for a long time.

"I mean there's no question that they had some illegal activity going on in those consulates. So I was thrilled to see them close down the one in Houston, which was known to be kind of the epicentre of where all of this was going on. And I think, you know, when you have Chinese officials being hidden at consulates, it goes to show you''re doing something wrong," she said.