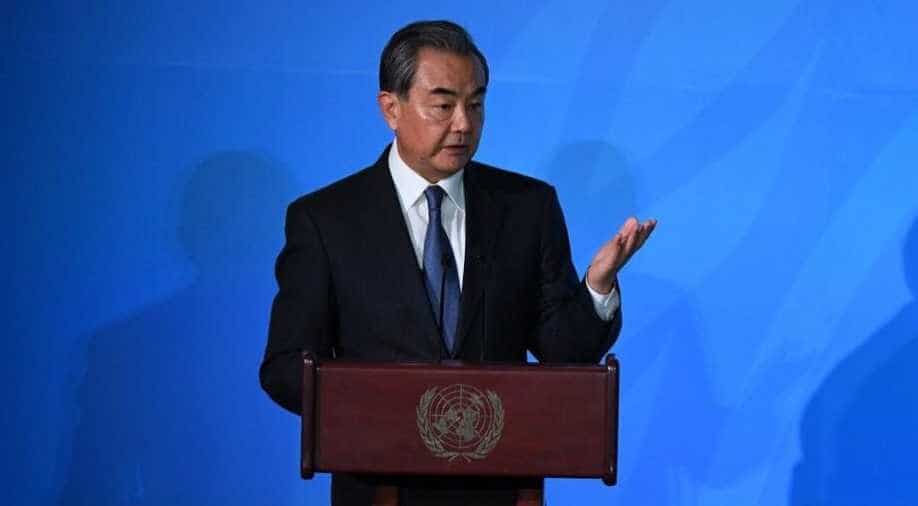 104 countries have joined the pact, which the General Assembly approved in 2013.

China wants to join as soon as possible an international arms treaty that the United States has spurned, the Foreign Ministry said on Saturday, adding it was China's responsibility to take part as a member of the international community.

US President Donald Trump has said he intends to revoke the US signature to the treaty, which regulates the $70 billion global cross-border trade in conventional arms and seeks to keep weapons out of the hands of human rights abusers.

So far, 104 countries have joined the pact, which the General Assembly approved in 2013. Then-US President Barack Obama had signed it but it was opposed by the National Rifle Association and other conservative groups and never ratified by the U.S. Senate.

China's Foreign Ministry said in a statement following Wang's announcement that the country was striving to join the treaty "as soon as possible".

This is an important action for China to actively participate in the governance of the global arms trade governance and reflects China's determination to support multilateralism, it said.

China has always attached great importance to the issue of illegal arms sales and their misuse, and supports the purposes and objectives of the treaty, the ministry added.

"As a responsible member of the international family, China is willing to continue to strengthen exchanges and cooperation with all parties and work together to build a standardised and reasonable arms trade order and make positive contributions to maintaining international and regional peace and stability."

Since the two countries embarked on a trade war, China has frequently rebuked the United States for its withdrawal from international treaties and not playing by the rules, seeking to portray China as a staunch defender of multilateralism.

China was the fifth-largest global arms exporter between 2014 and 2018, according to the Stockholm International Peace Research Institute, though China itself does not publish figures for how many arms it exports.

During that period China delivered major arms to 53 countries, with Pakistan the main recipient followed by Bangladesh, according to the think-tank.

After years of steep increases in military spending and cash injections into domestic contractors, experts say some Chinese-made equipment is now comparable to Russian or Western counterparts, though accurate information about the performance of Chinese weapons is scarce.

China faces bans on Western military imports, dating back to anger over its crushing of pro-democracy protests in and around Tiananmen Square in 1989. That makes its domestic arms industry crucial in assembling a modern military that can enforce claims over self-ruled Taiwan and disputed maritime territories.