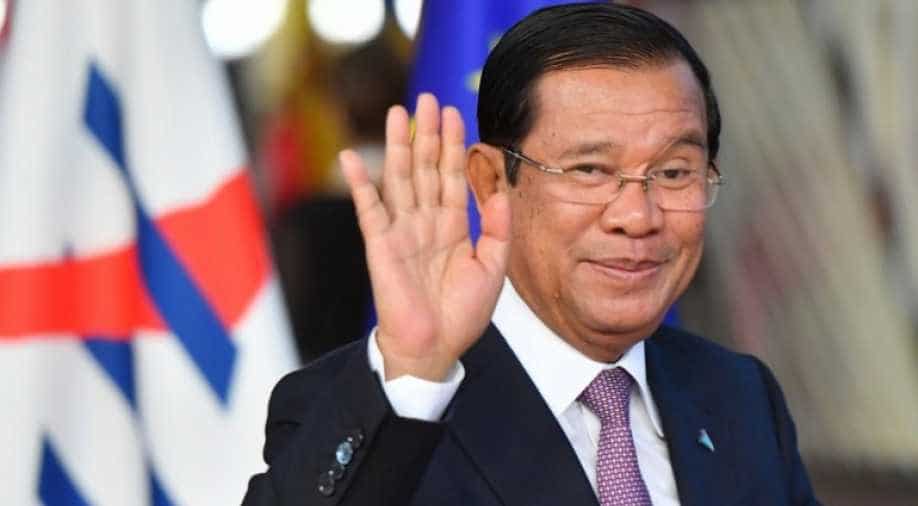 Kem Sokha, 66, is the co-founder of the banned Cambodia National Rescue Party (CNRP), which was dissolved ahead of widely criticised elections last year.

Kem Sokha, 66, is the co-founder of the banned Cambodia National Rescue Party (CNRP), which was dissolved ahead of widely criticised elections last year.

Arrested in 2017 and accused of plotting to overthrow Hun Sen's government, he was detained first in a remote prison and then under house arrest before his bail conditions were relaxed last week.

The court closed the investigation into his case on Friday but Hun Sen, who has ruled Cambodia since 1985, clarified Monday he would still face trial.

"The charges (against Kem Sokha) will not be dropped," Hun Sen said amid swirling rumours the King would soon pardon him.

"They simply closed the investigation so the case can be sent to trial," he said, without confirming when it would start.

The case would take "a long time" to finish, he added, also offering a veiled threat to other opposition members not to "run into walls".

After meetings with a number of foreign envoys to Cambodia, he posted Friday a message on Facebook calling for "national reconciliation".

Rainsy has lived in France since 2015 to avoid jail for convictions he says are politically motivated.

He promised a dramatic return to Cambodia but ended up waylaid in Malaysia and Indonesia with other CNRP officials.

Hun Sen last week ordered the release on bail of more than 70 opposition members and activists that authorities accused of helping Rainsy return.

The dissolution of the CNRP in 2017 paved the way for Hun Sen's ruling party to sweep a widely criticised election last year, turning Cambodia into a one-party state.

As a result, the European Union started a review of a duty-free tariff scheme for the country's lucrative garment sector.