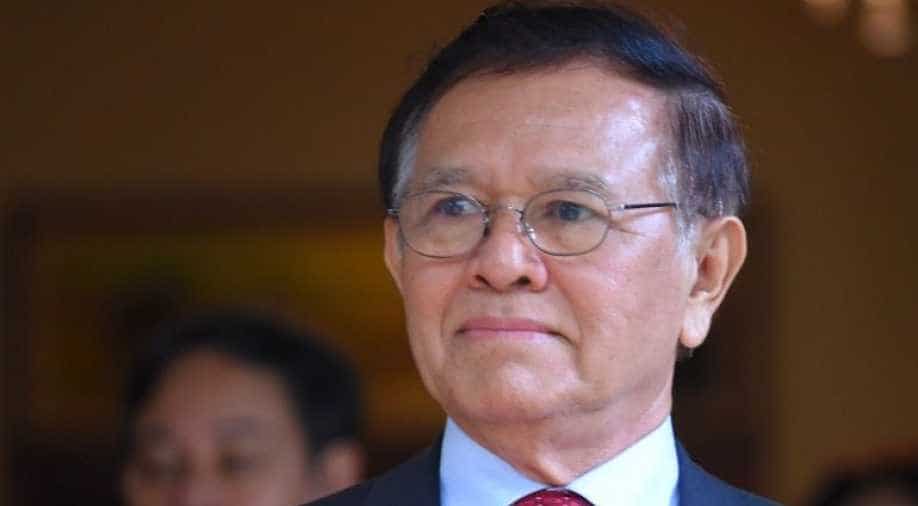 A judge in Cambodia has shut the investigation against opposition leader Kem Sokha for treason. According to his daughter, this implies that he could now be brought to trial or have the charges dropped.

Investigating judge Ky Rithy's lawyer on Friday said in a letter, "we decide to close the investigation from this time onward".

Kem Sokha's daughter Monovithya Kem said on Twitter: "Next step is either the prosecutor drops the charges or takes the case to trial. We demand that all charges be dropped."

A spokesman for the court said he was not aware of the decision to close the investigation so could not comment.

Kem Sokha faced arrest in 2017, with this Cambodia National Rescue Party (CNRP) facing a ban in the run-up to an election last year. The election was swept by the ruling party and was referred by Western countries as a farce.

Kem Sokha has dismissed the charges against him as ''nonsense''.

On Tuesday, the European Union gave the government a one-month deadline to respond to a preliminary report on the suspension of trade preferences over the crackdown on the opposition, non-governmental groups and the media.

Prime Minister Hun Sen, a former Khmer Rouge commander, has ruled the country of 16 million for more than 34 years.