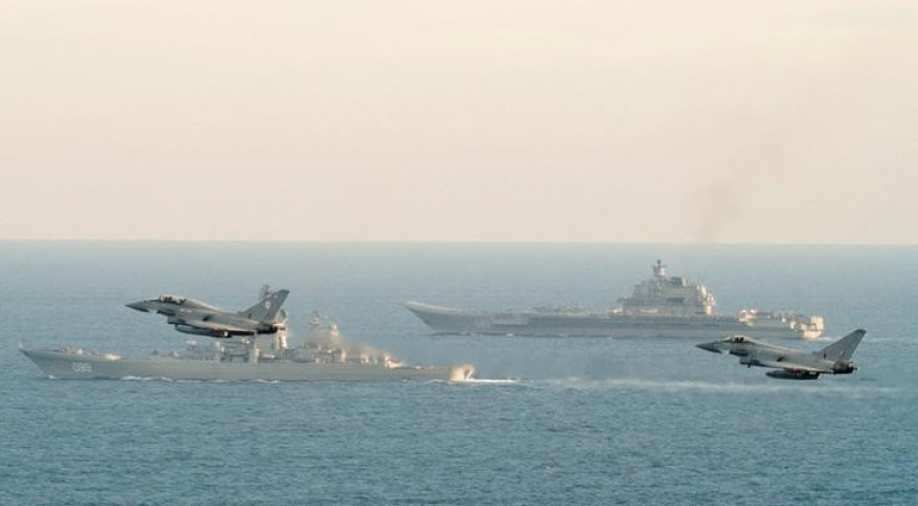 Russia on Thursday angrily reacted to British military ''escorting" its aircraft carrier through the English Channel and its description as a "ship of shame".

Britain's defence minister Michael Fallon had described Admiral Kuznetsov as a "ship of shame" for its role in Moscow's Syria operation and said his armed forces were watching it closely to protect British national security, Reuters reported.

"The aim of such statements, and the kind of show being played out with the escort of our ships, is to distract the attention of British tax payers from the real state of the British Royal Navy," said Igor Konashenkov, spokesman for the Russian Defence Ministry.

Britain's Royal Air Force (RAF) Typhoon jets and a Royal Navy frigate escorted the Admiral Kuznetsov on Wednesday as it returned from a mission off Syria to its base in northern Russia.

"Secondly, I would advise Mr Fallon to devote more attention to the British navy, especially since, as the English press recently noted, there are grounds for doing that."

He was referring to media reports that a test-firing of a missile from a British submarine off Florida last year had gone wrong, with the missile veering off course towards the US.