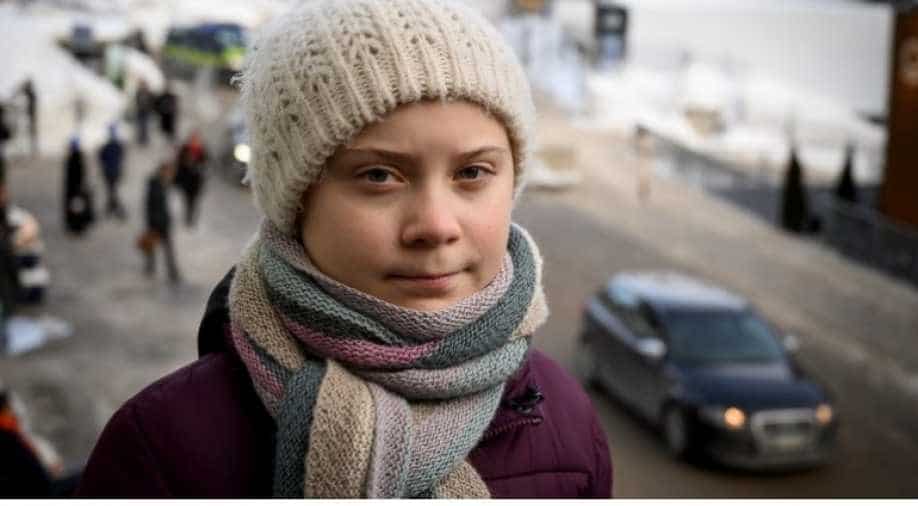 The 16-year-old grabbed the headlines with a fiery speech before world leaders at last month's UN climate talks in Poland.

China and Germany Wednesday defended global cooperation against the temptation of populism at the Davos forum of the world's business elite, but a Swedish teenager emerged as the unlikely star after her urgent calls for climate action inspired schoolchildren around the world.

Reactions against a longer-running style of populism also reared up at the annual World Economic Forum (WEF), as Brazil and other regional countries joined the United States in recognising the head of Venezuela's opposition-controlled parliament as interim president, in defiance of firebrand leftist Nicolas Maduro.

Since then, he has launched a trade war against China and other allies that has rocked the financial markets and sparked fears of a slowdown in the global economy.

Chinese Vice President Wang Qishan hit back in an address to the audience of movers and shakers, which includes some of the world's top chief executives.

"The Chinese and US economies are mutually indispensable, so their relations must be mutually beneficial and win-win," said Wang, who is tasked with negotiating a truce in the trade war.

"This is the reality: neither side can do without the other side," he said.

The annual conference in the Alpine ski resort was originally expected to be an outlet for talks between the US and China, with a 90-day truce set to end March 1.

But Trump cancelled a return trip to Davos due to the government shutdown in Washington, and the absence of the usually hefty US delegation has been felt in the WEF hallways.

"There is (in the world) a current that says I will first look after my own interests, and in the end everyone will be fine," said Merkel, a Davos regular who is preparing to step down by 2020.

"I highly doubt it," she added.

Trump has pulled out of the Paris accord on climate change and assailed international institutions such as NATO, the European Union and World Trade Organization.

But Merkel, who grew up under communist rule in the former East Germany, said: "I stand before you as someone who cherishes multilateral institutions."

For his part, Japanese Prime Minister Shinzo Abe said Europe, Japan and the United States should "join forces" to review the rules of free trade.

"I call on everyone to rebuild confidence in the international trading system," he said at the forum.

European leaders as a whole came to Davos under the cloud of Brexit, with Britain's plan to divorce from the European Union blocked in parliament.

Prime Minister Theresa May pulled out of the conference to handle Brexit as did the EU's chief negotiator Michel Barnier, both eager to avoid a "no deal" exit on March 29.

Shrugging off announcements that Sony and Dyson are relocating premises abroad, Fox told AFP in Davos that "clearly the UK is open for business and is an attractive destination".

But it was teenage climate crusader Greta Thunberg who drew the most interest, swamped by camera crews as she arrived in Davos after a 32-hour train trip from her home in Sweden.

The 16-year-old grabbed the headlines with a fiery speech before world leaders at last month's UN climate talks in Poland. She has galvanised protests by high-schoolers around the world demanding stronger government action to fight global warming.

Thunberg told AFP that she was under no illusion that all of the audience in Davos would voluntarily heed her call to action.

"They have known exactly what priceless values they have been sacrificing to continue making unimaginable amounts of money," she said, insisting it was time for young people "to get angry" and demand that adults clean up the mess they have made.

U2 frontman Bono, a Davos regular, meanwhile provided his usual dose of rock-n-roll rebellion to the forum's jet set.

"Capitalism is not immoral, it's amoral," the singer told a panel.

"It's a wild beast and if not tamed, it can chew up a lot of people along the way," he said.