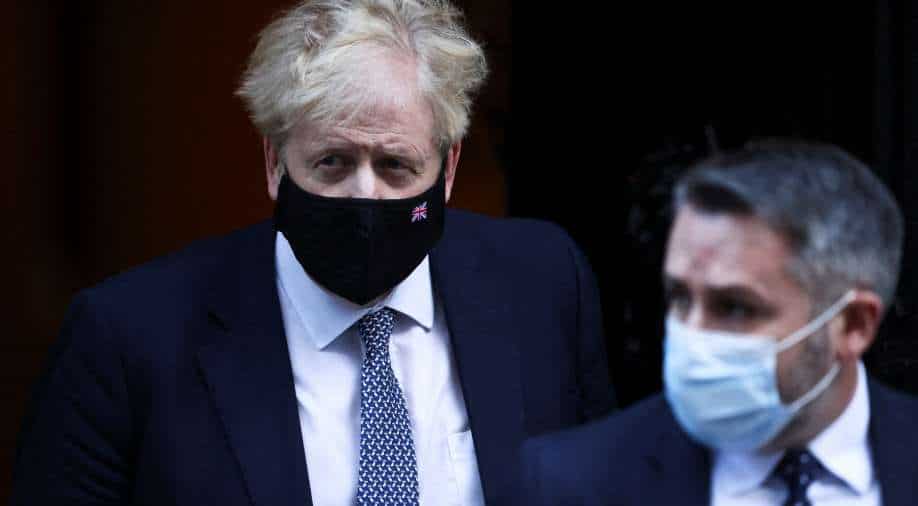 There is no shortage of candidates, from the ambitious chancellor of the Exchequer, Rishi Sunak, to the crowd-pleasing foreign secretary, Liz Truss

Prime Minister Boris Johnson may have crossed a political Rubicon in recent days over charges that he lied about Downing Street parties during the pandemic. But whether he is forced out of power could depend on whether one of his fellow Conservatives is ready to play the role of Brutus.

As Britain’s political establishment waits for the results of an internal investigation of the parties, a key question is whether it will trigger a plot against Johnson, and if so, who would make the first move against him?

There is no shortage of candidates, from the ambitious chancellor of the Exchequer, Rishi Sunak, to the crowd-pleasing foreign secretary, Liz Truss. But the tactics and timing of a leadership challenge are fiendishly tricky, and few forget the old British maxim, “He who wields the knife never wears the crown.”

That may explain the uneasy lull that has settled over Westminster since last week, when Johnson was forced to apologize for social gatherings in Downing Street that breached lockdown restrictions. His allies and rivals alike are waiting to see how damaging the investigation will be, how badly the Conservative Party has slipped in the polls and whether a political king slayer emerges.

“It’s easy to judge these things looking back but very hard looking forward,” said Robert Ford, professor of political science at the University of Manchester. The dilemma, he said, was particularly acute for Sunak, who leads the polls of Conservative Party members and is Johnson’s most plausible replacement.

“There is a possibility that Sunak is riding the crest of a wave right now” and could miss his chance, Ford said. But perhaps the bigger danger is to strike now, only to open the way for a right-wing rival more favored by the Tory Party rank and file.

“There’s a risk he gets outflanked by Truss or somebody else,” he said, adding that a challenge to Johnson might be more likely after local elections in May that will test his party’s popularity.

The fragility of Johnson’s situation was evident in the cautious response of the senior members of his Cabinet. While Sunak said Tuesday that he believed Johnson, he urged the public to wait for the findings of the investigation. He also said that Britain’s ministerial code was clear about the consequences of lying to Parliament: The prime minister would have to resign.

Truss, whom Johnson elevated to foreign secretary in September, was more forthcoming. She said last week that she “100% supported him continuing to get on with the job.” But she added, “I completely understand people’s anger and dismay about what has happened.”

Johnson’s cause was not helped when his disaffected former adviser, Dominic Cummings, claimed Monday that he and another official warned the prime minister that the party in May 2020 would break lockdown rules and should be canceled. That contradicted Johnson’s claim in Parliament that he was not warned about the gathering and viewed it “implicitly” as a work event.

On a visit to a hospital Tuesday, Johnson again denied misleading Parliament. But in an interview with Sky News, he deflected a question about whether Cummings was lying, and he apologized yet again for “misjudgments” in how social gatherings were handled by Downing Street.

“Boris Johnson is not going to resign voluntarily,” said Jonathan Powell, who served as chief of staff to Prime Minister Tony Blair. “He’s only going to go if he is shown the door by his own party.”

That is not as hard it used to be: Under Conservative Party rules, lawmakers can hold a binding vote of no confidence in Johnson if 54 of them write to formally request one. The request letters are confidential. So far only six Conservatives in Parliament have publicly called on Johnson to quit.

In a no-confidence vote, held by secret ballot, Johnson would keep his job by winning a simple majority of Conservative lawmakers. He would then be safe from another such challenge for a year unless the rules were changed.

But setting this process in motion could still depend on a first mover. Some of the jockeying will have to end when the internal investigation, led by a senior civil servant, Sue Gray, is completed, probably within the next week. His potential Cabinet rivals will then have to either endorse him or quit, analysts said.

Sunak and Truss are the two rivals most frequently mentioned. As chancellor, the 41-year-old Sunak won plaudits for assembling gargantuan fiscal rescue packages early in the pandemic. More recently, however, he has become identified with looming tax increases that he says are necessary to fund the health care system and close the yawning public deficit.

Truss’ plain-spoken style and free-market ideology have made her popular with the base of the Conservative Party, no mean feat for a politician who came out against Brexit before the 2016 referendum.

Her profile has risen since Johnson put her in charge of negotiating the trade status of Northern Ireland with the European Union after the resignation of David Frost, a key ally who had hammered out the Brexit trade deal with Brussels.

If Truss can avoid a clash over Northern Ireland, said Peter Westmacott, a former British ambassador to France, “she could indeed be a force to be reckoned with when the Conservative Party starts looking for a new leader.”

Sunak could also try behind closed doors to put together a kind of unity ticket, in which he would line up the support of Truss and other potential candidates — like Jeremy Hunt, a former foreign secretary — by offering them plum jobs in a new government.

“They don’t have to wait until they have a consensus on a successor to get rid of Johnson,” Powell said.

There is a truism in Tory circles that challengers wreck their prospects through open disloyalty. That is what happened when Margaret Thatcher was toppled in 1990, and her longtime foe, Michael Heseltine, failed to win her job.

Yet that rule was disproved by the demise of Johnson’s predecessor, Theresa May, when his fingerprints were all over the murder weapon: In 2018, Johnson resigned as foreign secretary claiming that, under May’s Brexit plan, Britain was headed for the status of a colony of the European Union.

There is also the risk of failing to exploit a damaged leader’s moment of weakness. Even Johnson missed out on his first chance to become prime minister when he was ill-prepared for a leadership contest to succeed David Cameron, who resigned as prime minister after losing the Brexit referendum.

During his brief premiership, Gordon Brown’s popularity plummeted, and there were rumors of a plot to challenge him by David Miliband, his popular foreign secretary. Miliband never struck, however. Labour lost the 2010 general election, and he even failed in a contest with his younger brother, Ed Miliband, to lead his party.

“Labour is influenced by the trade union ethic that one should not do someone out of his job,” said Vernon Bogdanor, a professor of government at Kings College London. “The Tories are more ruthless because they have a governing vocation as the Democrats did in the U.S. under FDR and Truman, and the Republicans under Nixon, Reagan and Bush.”